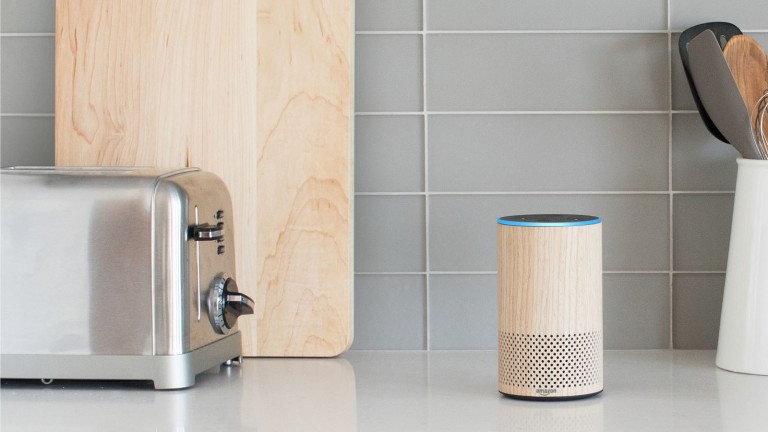 Alarm clocks, speakerphones, TV streamers—take your pick. They’re among the products that now feature in Amazon’s impressive range of hardware packing its Alexa AI assistant, a roster that was bolstered by five new devices during a surprise announcement yesterday.

Its new Echo Spot is a $130 alarm clock, with a small screen, for your night stand. The $150 Echo Plus features a built-in hub to make it easier to get a smart home up and running. A $35 Connect taps your landline to provide speakerphone calls. An overhauled Echo is smaller, snazzier, and cheaper at $100. There are even new buzzer-style buttons that allow you to use Alexa as a quiz-master for family games.

To that list you can also add its diminutive Dot, the portable Tap, its fashion-conscious Look, and touch-screen toting Show. Oh, and don’t forget its TV streamers, which also make use of the intelligent assistant.

That is a bewildering array of hardware, all powered by a common Alexa. In comparison, Google has its Home smart speaker, powered by Assistant, and Apple has its HomePod, offering up Siri. Just the one option from each of those tech titans, then. (We're not counting smartphones and tablets here.)

The long list of products on offer from Amazon is a very clear sign that it has no intention whatsoever of losing its early advantage in the nascent sector of smart home assistants. The e-tail giant had a two-year head start to win its place in many homes, and its decision to open up Alexa, so that other companies can bake it into their own products, has helped it capitalize on that first-mover advantage. It’s also rolled out features, such as multi-room audio support, that make an Alexa-only home look compelling.

Now the breadth of original hardware that Amazon is producing means that it has products that could slot into almost every home. And it will be hoping that consumers choose one of its devices to smarten up their bedroom, kitchen, or lounge—and in turn commit to the Amazon ecosystem—before its competitors can muster their own rivals.