Lockheed’s Laser Cannon Shoots Drones Out of the Sky, No Fuss 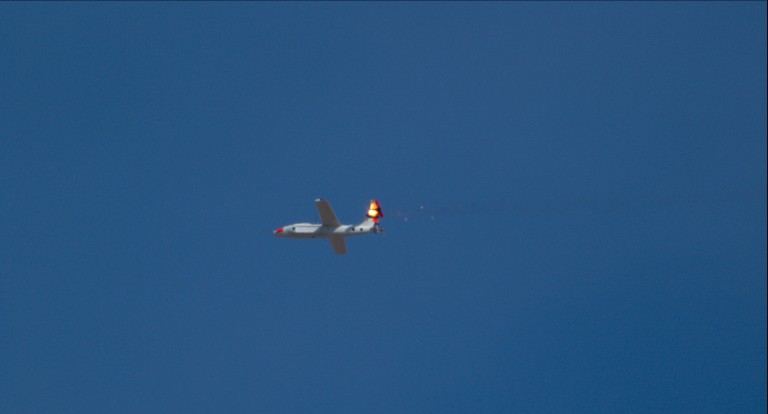 Don’t mess with ATHENA. That’s the Advanced Test High Energy Asset to you and me, and it’s Lockheed’s astonishingly destructive laser cannon. It’s been developing the weapon in order to take down drones without messy—and position-revealing—recourse to anything as crass as bullets.

By focusing a high-intensity 30-kilowatt laser beam at the airframe of a drone, Lockheed says, it is able to cause “loss of control and structural failure” that downs the aircraft. In tests at White Sands Missile Range in New Mexico, it brought down five of five 10.8-foot wingspan Outlaw drones. You can see its brutal efficacy on display in the video above.

As Gizmodo notes, this isn’t a new idea: tests of using lasers to down small aircraft have been happening since the 1970s. But with finely tuned optics, upgraded beam control, and a compact Rolls-Royce turbo generator as a power source, this is Lockheed’s most potent laser cannon yet.