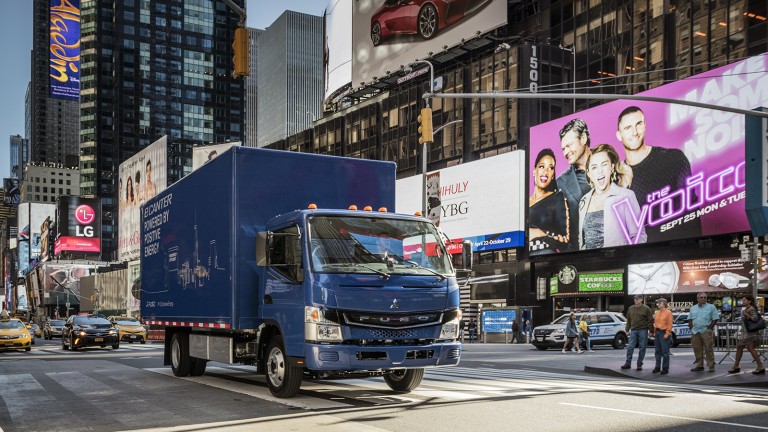 "The game has started." So says Daimler Trucks Asia chief Mark Llistosella, more than a little ominously, in an interview with Reuters. He’s referring to the fact that electric trucks, once thought absurd, are finally taking to the roads.

As the Verge notes, the truck’s specifications won’t take your breath away. A battery pack with 83kWh of capacity—about the same as the long-range cars made by Tesla—means the eCanter can travel just 62 miles on a charge. And it can only haul four and a half tons of cargo, which is less than similar internal combustion trucks. Still, they are clean and quiet, and could do a great many favors for inner-city air quality.

Daimler isn’t alone in electrifying trucks. As we’ve reported before, Wrightspeed and Nikola Motor Company are both hoping to help haul freight using electrons. But perhaps most hotly anticipated of all is Tesla’s semi truck, which Elon Musk has today promised will be unveiled on October 26th. Expected to have a range of up to 300 miles, it won't compete with regular semi trucks for long journeys—but it could still manage to shake up the industry for shorter-haul applications.