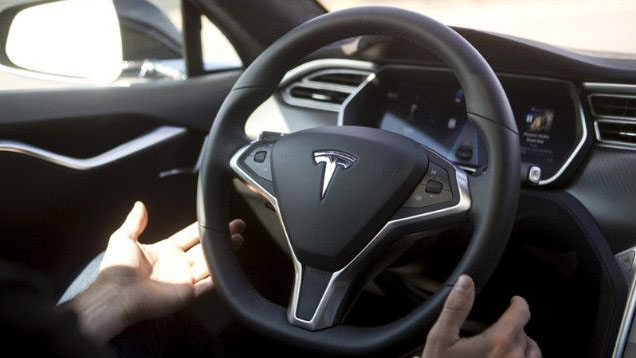 Cars that drive for us some of the time could be lulling us into dangerous distraction, according to several auto industry experts. Researchers at the Transportation Research Institute at the University of Michigan have told MIT Technology Review in the past that semi-autonomous features, like adaptive cruise control or Tesla’s Autopilot, could increase the incidence of distracted driving. In fact, it's something researchers have been warning about for years.

Now, a Bloomberg report features a bunch of auto experts from across the industry all worrying about the fact that such systems are already having an impact on drivers' abilities. Semi-autonomous systems are making the task of driving easier, they say, which breeds complacency and erodes attention.

The most striking example yet of that phenomenon was a fatal Tesla crash that occurred last year. A driver was using the car’s Autopilot system and failed to take control of the vehicle despite numerous warnings, touching the steering wheel for just 25 seconds during 37 minutes of driving. The car hit a truck that its sensors failed to spot.

In the wake of that incident, companies have tightened up systems to make drivers concentrate a little more. Tesla's cars now offer up stronger warnings when hands are removed from the wheel. GM, meanwhile, is tracking a driver's eyes to make sure they’re on the road, and Audi’s new A8 sedan beeps, buzzes, and even brings the car to a halt if the driver is persistently distracted.

But such measures aren’t enough for some people in the auto industry. "The idea that you can take your hands off the wheel for 15 seconds and the driver is still in control, that’s not realistic," said Adrian Lund, president of the Insurance Institute for Highway Safety, to Bloomberg. "If they’re taking their hands off for 15 seconds, then they’re doing some other things."