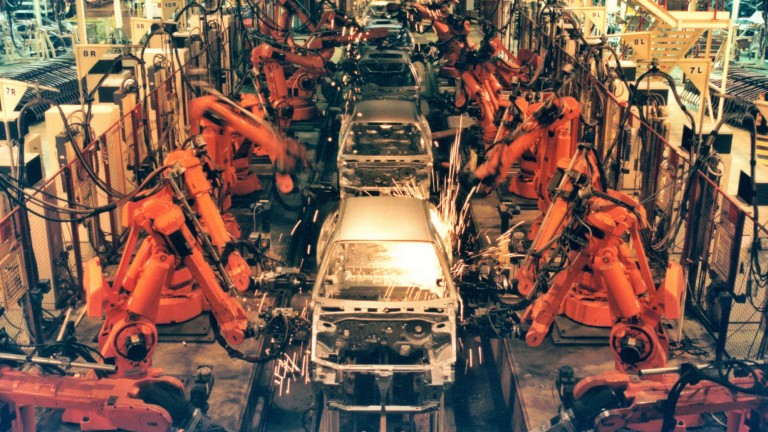 There’s a school of thought that goes a bit like this: robots are getting better at doing human tasks, and that's eroding jobs and making companies more money. So why not place taxes on them as a way of ensuring that society benefits from their productivity? Even Bill Gates has been known to back the idea.

According to the South China Morning Post, South Korea appears to buy into that notion, at least a little. The nation has previously given companies tax breaks of between 3 and 7 percent for buying industrial automation equipment, like robots. Now, it plans to decrease those benefits by 2 percent. That might not seem like a big change, and it's certainly not a full-on "robot tax"—but it will, obviously, slow the rate at which automation is introduced in the country.

If anything, that’s a shift in the wrong direction. Economic growth of manufacturing has slowed in South Korea recently. Increased productivity could turn that around, and more widespread adoption of automation is one of the ways that such a productivity boost could be brought about. That suggests that keeping the tax breaks in place, or even making them more generous, might be a good idea. And anyway, as the Economist pointed out earlier this year, there are plenty of other good reasons not to further tax robots, too.