Afghanistan’s banking system is in a state of collapse, and people throughout the country are running out of money. And this cash crisis—partly due to the international community’s efforts to starve the Taliban of resources—is having an outsized effect on everyday Afghan citizens, leaving many without access to important services as the UN warns of a growing humanitarian disaster.

Asef Khademi, who was previously working to modernize the country’s financial systems, is one of the many people now hiding in Kabul who wants to leave Afghanistan, but his hope is waning fast.

“I'm just knocking on every door, just sending emails to everyone to see if I can get out of this country,” he says.

Khademi is afraid because for the last three and a half years he has been working for an internationally-funded project to bring digital currency and banking into people’s lives. Afghanistan Payments System, or APS, was founded in 2011, funded by the World Bank, and became part of the Central Bank of Afghanistan two years ago. 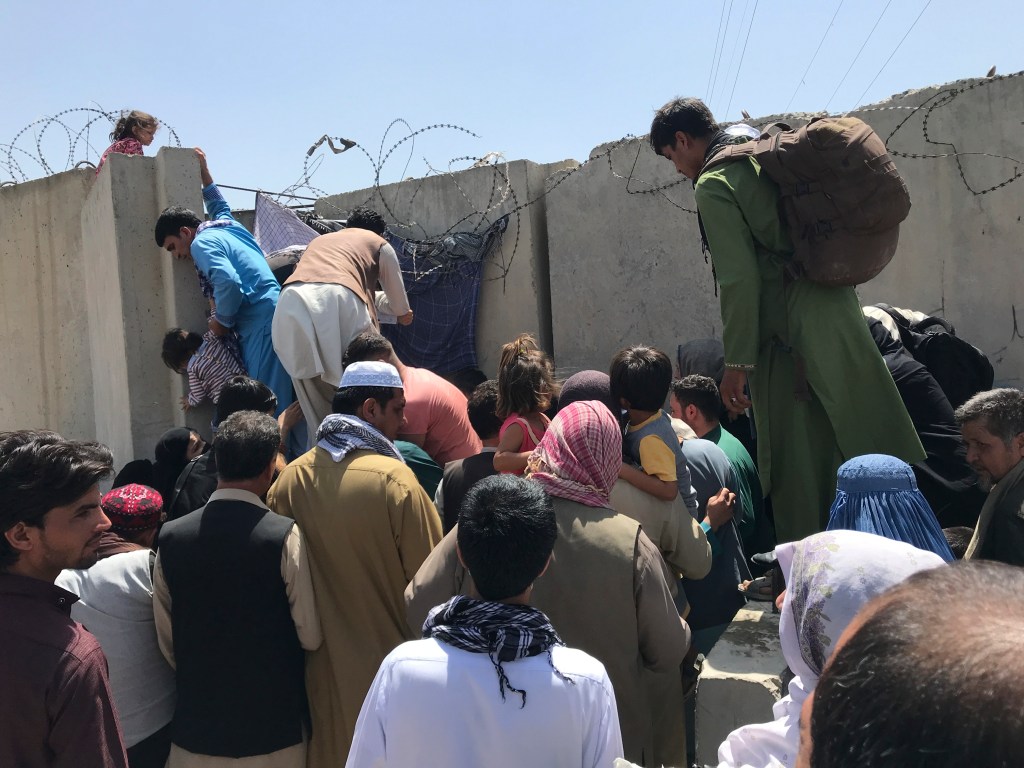 It was an important project: the Afghan economy runs on cash, and only an estimated 10 to 15% of citizens have a bank account. APS was meant to help Afghanistan become less cash-dependent, make economic transactions more secure and efficient, and bring real banking to more people. And, says Khademi, it was moving fast before the US withdrew its forces and the Taliban took over.

Now, though, as chaos continues to unfold in Afghanistan, the project has stopped, and cash is running out before any viable alternatives have been put in place.

But a different outcome was within reach, Khademi says: Afghanistan was perhaps just a year or two away from having a 21st-century digital banking infrastructure that could cope even if cash disappeared. His team was “very committed and hardworking”, he says, regularly working up to 17-hour days to support rapid growth. They were “so passionate about the economy to be standing on its own.”

“We were hoping our efforts would pay off,” he says, through tears. “It seems like everything was in vain, everything we have done. It seems like a dream, but now it’s never going to come true.”

The cash crisis is not an accident. Most of the previous Afghan government’s assets were held in offshore accounts that have since been frozen to prevent the Taliban from gaining access, according to former Central Bank governor Ajmal Ahmady. And the US has chosen to prevent the Taliban—which is on the Treasury Department's sanctions list—from getting hold of other funds by freezing Afghan government cash reserves and halting planned shipments of cash. Many Afghans have been expecting such a situation for weeks, with long lines at banks as citizens worried about the future drained them of cash.

ATM activity went through the roof. “Friends [who work in banks] said where they normally did hundreds of transactions per day, they were doing thousands,” says Ruchi Kumar, a journalist and contributor to MIT Technology Review who worked in Kabul for eight years but fled the country recently.

The problems caused by the lack of cash are building up. US dollars are becoming increasingly scarce, the value of Afghan cash is plummeting and, according to Khademi, the price of basic goods is skyrocketing. Cash remains in circulation—Afghanistan has a sizeable informal banking system, run though local unlicensed currency traders. Sources say that they are still operating, but without banking activity, money supply will soon run tight.

Some outsiders are trying to fill the gap by running online fundraising campaigns, while others have even suggested that cryptocurrency could step into the void.

But getting money into the country from outside has become more difficult. Western Union, the world's largest money transfer company, has suspended services in Afghanistan, and NBC reports that MoneyGram has halted operations there too. Meanwhile some foreign crowdfunding websites, such as GoFundMe, have been accused of "disingenuous" behavior after blocking some fundraising efforts for the country while letting others proceed.

“I didn’t think this day would come”

While digital alternatives have largely failed to fill the gap left by the cash collapse, there have been some windows of opportunity for alternative services to help out.

She's using it to send money that people in distress can use to stay connected. Her network includes journalists, activists, and human rights defenders; they are able to use WasalPay to access funds coming from outside the country, whether from individual donations and contributions, or from larger sources such as the International Women's Media Foundation.

Many of the recipients, she says, are indoors, in hiding, with little but their phones and the clothes on their backs. The money helps ensure they can keep in touch with their families, but it also gives them a shot at getting a plane out of Afghanistan.

"They are trying to leave the country, and they're waiting for someone to say it's time to leave and go to the airport," Kumar says. Women—especially single women who work—are especially at risk. "They cannot leave their homes, especially if they know they are on the Taliban's target list. So we are trying to facilitate phone credits remotely.”

Kumar says she is inundated with requests: she has made 140 payments so far and already has requests for another 40.

Sher Shah Rahim, the CEO of WasalPay, says that he’s had to shutter some of his other businesses—including KabulReads, Afghanistan’s first online bookstore—over safety concerns. But he’s committed to keeping WasalPay going until at least December, given that it has become essential for some. It’s not easy, though.

“As a company, I have no cash on me because I didn’t think this day would come,” he says. “I had all my money in the banks, and the banks are closed.”

All these efforts are a race against time, however. With the exit of international forces and media planned for the end of August, the situation could worsen considerably. After that point, it will become much harder for people to flee.

"They're already secretly cracking down at night time, going to peoples' houses to search for them,” says Kumar. “But they will crack down much more after the 31st. They're even texting people threats saying that.”

As with so much in Afghanistan right now, the broader financial situation is chaotic and hugely uncertain. The value of the afghani, the country's currency, has plummeted, and it's unlikely to stabilize for some time, according to Thomas Groll, an economist at Columbia University.

For now, many Afghans will be forced to rely on any cash reserves, local currency traders or bartering to get the goods they need, Groll says.

Local entrepreneurs are worried for their own safety and that of their families. Khademi has lost many family members, including his father, to Taliban attacks in the past. Rahim, meanwhile, plans to wait and see what Taliban rule is like, although he’s shutting down his office and orchestrating remote work set-ups for his 18 employees.

But beyond worrying about their immediate safety, they also see a wasted opportunity to build a genuine future.

“Everybody relies 100% on cash, and this was about to change,” says Rahim. “[APS] finally succeeded bringing digital banking to Afghanistan, but as soon as they launched and began to start walking from crawling, the Taliban came and everything basically turned into dust.”

Khademi, meanwhile, isn’t sure what happens next. “I’ve worked so hard to become who I am today, to reach the level I am at today,” he says. “I don't want to lose it all at once.”

He’s heard rumors that banks will be open next week, and he thinks the Taliban could even decide to continue the project. But he also thinks that it could be shut down. “They might just destroy it,” he says. “They might just burn all of these technologies. Who knows?”