The timing could have been better. Yesterday, July 11, British entrepreneur and billionaire Richard Branson shot to the edge of space in a vehicle made by his own company, Virgin Galactic – at a time when much of the world is still battling a deadly pandemic. Yet while receiving a fair amount of criticism, Branson’s flight heralds a key step towards making space travel more accessible than ever before—even if it does just seem like a plaything for the world’s richest men right now.

In the early hours of yesterday morning, Virgin Galactic’s VSS Unity spaceplane took off from Spaceport America in the New Mexico desert under a carrier aircraft called VMS Eve, named for Branson’s late mother. Its crew of six, including Branson, was lifted to an altitude of more than 14 kilometers before it was dropped, allowing its single rocket engine to ignite and carry its occupants towards space.

Slightly more than a minute later, traveling at speeds of Mach 3, it reached its maximum altitude – 86 kilometers – affording its crew several minute of weightlessness and gorgeous views of Earth before safely descending back to Earth, with a total flight time of around 90 minutes.

“To all you kids down there, I was once a child with a dream looking up to the stars,” Branson said during the mission, the company’s fourth near-space flight. “Now I’m an adult in a spaceship with lots of other wonderful adults looking down to our beautiful, beautiful Earth. If we can do this, just imagine what you can do.”

Branson had originally been scheduled to fly as one of Virgin Galactic’s first civilian passengers later this year, with future customers paying upwards of $250,000 per ticket for the same experience. But he was moved to an earlier flight, seemingly in an effort to beat fellow billionaire Jeff Bezos, who will himself fly to space with his Blue Origin company’s New Shepard rocket next week.

Branson’s sudden timetable shift sparked a petty row, where Blue Origin quipped online that Virgin Galactic’s flights were technically short of the internationally recognized boundary for space at an altitude of 100 kilometers, the Karman Line. Blue Origin’s flights will surpass this boundary. “None of our astronauts will have an asterisk next to their name,” the company said.

Yet despite the bad optics around the billionaire space race, the flight is still an important milestone. Virgin Galactic’s commercial service is now expected to begin soon following Branson’s successful flight, sparked on in part by that rivalry to win customers. “The billionaire aspect of this space race is an unfortunate distraction,” says space industry analyst Caleb Williams. “The much more important part is we are democratizing access [to space]. This is a coming of age moment.” 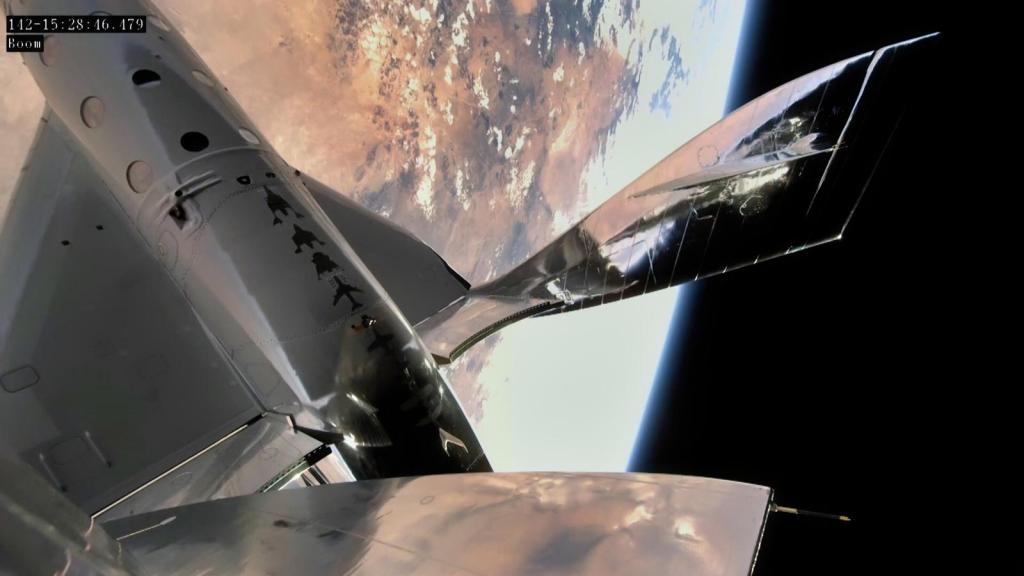 Virgin Galactic’s SpaceShipTwo has flown to the edge of space

The space tourism company sent people to the very brink of suborbital space for the first time since February 2019. It marks the beginning of a busy year ahead.

Virgin Galactic already has 650 people signed up to fly on its vehicle, including musician Justin Bieber and actor Leonardo DiCaprio, but while only accessible to the rich and famous for now, there is hope such flights may one day be more affordable for the general public.

Yesterday’s flight wasn’t only about bragging rights. Suborbital flights also allow for important scientific work to be done too. “Researchers flying with their own science is very , very valuable,” says Laura Forczyk from the space consulting firm Astralytical. On this first flight was an experiment from the University of Florida to see how plants respond to microgravity. Future missions will study how dust behaves on asteroids, and practice techniques for performing surgery in space.

Crucially that can be led by the researchers themselves, such as Alan Stern from the Southwest Research Institute in Texas and the lead on NASA’s New Horizons mission to Pluto, rather than relying on remote systems or astronauts on the International Space Station. Stern, for example, will test an astronomical imaging system previously used on the Space Shuttle that could perform useful observations of the solar system.

“For 150 years there’s been a theorised population of [asteroids] inside the orbit of Mercury,” says Stern. “The best way to look at them is at twilight from space. On the space station, the twilight phenomenon only lasts 30 seconds as you’re traveling at 18,000 miles per hour. But on SpaceShipTwo or New Shepard, the phenomenon persists for minutes.”

There are, of course, plenty of valid criticisms of two billionaires racing to space amid a pandemic—and it's unlikely many of us will ever be able to afford the trip for years to come. But the childish Branson/Bezos competition should still pave the way for more people to get up there than ever before, scientists included.

“This is not just billionaires and rich people,” says Forczyk. “This could be the dawn of really true commercial space tourism.”

“It shows that commercial space is ready for primetime,” adds Williams.

Correction: We amended the location of Spaceport America. It is in New Mexico, not California.