Last week, China successfully launched Tianhe-1, the first part of its new space station, to be completed before the end of 2022. A week later, the mission is still making huge waves—and not in a good way. The core booster from the Long March 5B rocket that launched Tianhe-1 ended up in an uncontrolled orbit around Earth. It is expected to fall back to Earth this weekend, with current estimates (as of Friday afternoon) suggesting it will begin reentry between 2:13 p.m. Eastern Time Saturday and 8:13 a.m. Sunday. That’s such an enormous window that no one has any idea where it will land.

At 21 metric tons and 10 stories tall, the booster, CZ-5B, is huge. Sure, it might burn up completely in the atmosphere when it reenters, but that’s pretty unlikely given its size. More than likely, huge melted fragments will survive reentry and hit the ground. Reports over the last week have put many agencies around the world on alert, including those in Russia and the US.

The probability that parts of the booster could hit populated land is admittedly quite low—it’s much more likely to land in the ocean somewhere. But that probability is not zero. Case in point: the CZ-5B booster’s debut last year for a mission on May 5, 2020. The same problem arose back then as well: the core booster ended up in an uncontrolled orbit before eventually reentering Earth’s atmosphere. Debris landed in villages across Ivory Coast. It was enough to elicit a notable rebuke from the NASA administrator at the time, Jim Bridenstine.

The same story is playing out this time, and we’re playing the same waiting game because of how difficult it is to predict when and where this thing will reenter. The first reason is the booster’s speed: it’s currently traveling at nearly 30,000 kilometers per hour, orbiting the planet about once every 90 minutes. The second reason has to do with the amount of drag the booster is experiencing. Although technically it’s in space, the booster is still interacting with the upper edges of the planet’s atmosphere.

That drag varies from day to day with changes in upper-atmosphere weather, solar activity, and other phenomena. In addition, the booster isn’t just zipping around smoothly and punching through the atmosphere cleanly—it’s tumbling, which creates even more unpredictable drag. 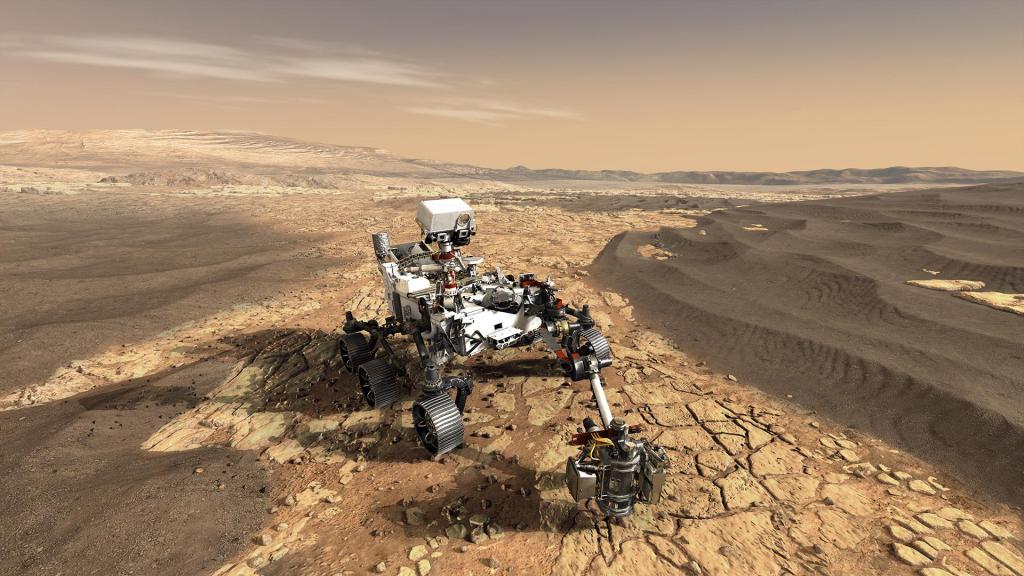 The mission's MOXIE demonstration shows it's possible to convert the Red Planet’s carbon dioxide-rich atmosphere into usable oxygen for astronauts.

Given those factors, we can establish a window for when and where we think the booster will reenter Earth’s atmosphere. But a change of even a couple of minutes can put its location thousands of miles away. “It can be difficult to model precisely, meaning we are left with some serious uncertainties when it comes to the space object’s reentry time,” says Thomas G. Roberts, an adjunct fellow at the CSIS Aerospace Security Project.

This also depends on how well the structure of the booster holds up to heating caused by friction with the atmosphere. Some materials might hold up better than others, but drag will increase as the structure breaks up and melts. The flimsier the structure, the more it will break up, and the more drag will be produced, causing it to fall out of orbit more quickly. Some parts may hit the ground earlier or later than others.

By the morning of reentry, the estimate of when it will land should have narrowed to just a few hours. Several different groups around the world are tracking the booster, but most experts are following data provided by the US Space Force through its Space Track website. Jonathan McDowell, an astrophysicist at the Harvard-Smithsonian Center for Astrophysics, hopes that by the morning of reentry, the timing window will have shrunk to just a couple of hour where the booster orbits Earth maybe two more times. By then we should have a sharper sense of the route those orbits are taking and what regions of the Earth may be at risk from a shower of debris.

The Space Force’s missile early warning systems will already be tracking the infrared flare from the disintegrating rocket when reentry starts, so it will know where the debris is headed. Civilians won’t know for a while, of course, because that data is sensitive—it will take a few hours to work through the bureaucracy before an update is made to the Space Track site. If the remnants of the booster have landed in a populated area, we might already know thanks to reports on social media.

In the 1970s, these were common hazards after missions. “Then people started to feel it wasn’t appropriate to have large chunks of metal falling out of the sky,” says McDowell. NASA’s 77-ton Skylab space station was something of a wake-up call—its widely watched uncontrolled deorbit in 1979 led to large debris hitting Western Australia. No one was hurt and there was no property damage, but the world was eager to avoid any similar risks of large spacecraft uncontrollably reentering the atmosphere (not a problem with smaller boosters, which just burn up safely).

As a result, after the core booster gets into orbit and separates from the secondary boosters and payload, many launch providers quickly do  a deorbit burn that brings it back into the atmosphere and sets it on a controlled crash course for the ocean, eliminating the risk it would pose if left in space. This can be accomplished with either a restartable engine or an added second engine designed for deorbit burns specifically. The remnants of these boosters are sent to a remote part of the ocean, such as the South Pacific Ocean Uninhabited Area, where other massive spacecraft like Russia’s former Mir space station have been dumped.

Another approach which was, used during space shuttle missions and is currently used by large boosters like Europe’s Ariane 5, is to avoid putting the core stage in orbit entirely and simply switch it off a few seconds early while it’s still in Earth’s atmosphere. Smaller engines then fire to take the payload the short extra distance to space, while the core booster is dumped in the ocean.

None of these options are cheap, and they create some new risks (more engines mean more points of failure), but “it’s what everyone does, since they don’t want to create this type of debris risk,” says McDowell. “It’s been standard practice around the world to avoid leaving these boosters in orbit. The Chinese are an outlier of this.”

Why? “Space safety is just not China’s priority,” says Roberts. “With years of space launch operations under its belt, China is capable of avoiding this weekend’s outcome, but chose not to.”

The past few years have seen a number of rocket bodies from Chinese launches that have been allowed to fall back to land, destroying buildings in villages and exposing people to toxic chemicals. “It’s no wonder that they would be willing to roll the dice on an uncontrolled atmospheric reentry, where the threat to populated areas pales in comparison,” says Roberts. “I find this behavior totally unacceptable, but not surprising.”

McDowell also points to what happened during the space shuttle Columbia disaster, when damage to the wing caused the spacecraft’s entry to become unstable and break apart. Nearly 38,500 kilograms of debris landed in Texas and Louisiana. Large chunks of the main engine ended up in a swamp—had it broken up a couple of minutes earlier, those parts could have hit a major city, slamming into skyscrapers in, say, Dallas. “I think people don’t appreciate how lucky we were that there weren’t casualties on the ground,” says McDowell. “We’ve been in these risky situations before and been lucky.”

But you can’t always count on luck. The CZ-5B variant of the Long March 5B is slated for two more launches in 2022 to help build out the rest of the Chinese space station. There’s no indication yet whether China plans to change its blueprint for those missions. Perhaps that will depend on what happens this weekend.