When the notorious conspiracy theorist Alex Jones was kicked off YouTube and Facebook in 2018, the lesson was supposed to be that deplatforming works. Without access to his millions of followers on mainstream social media, Jones became an online ghost, diminished and shouting his dangerous unfinished business to a much smaller audience.

But some people online took a second lesson from the change: conspiracy theories, and the people who promote them, can get a lot of views—and money.

Last week Patrick Bet-David, a popular financial YouTuber with more than 2.2 million subscribers, invited Robert F. Kennedy Jr.—one of the most high-profile proponents of the debunked theory that vaccines cause autism—for a two-hour interview on his channel. At the beginning, Bet-David asked, “Why’d you agree to do a long-form interview?”

The answer was obvious to Kennedy, one of many anti-vaccination leaders trying to make themselves as visible as possible during the covid-19 pandemic. “I’d love to talk to your audience,” he replied.

Kennedy told Bet-David that he believes his own social-media accounts have been unfairly censored; making an appearance on someone else’s popular platform is the next best thing. Bet-David framed the interview as an “exclusive,” enticingly titled “Robert Kennedy Jr. Destroys Big Pharma, Fauci & Pro-Vaccine Movement.” In two days, the video passed half a million views.

As of Wednesday, advertisements through YouTube’s ad service were playing before the videos, and Bet-David’s merchandise was for sale in a panel below the video’s description. Two other interviews, in which anti-vaccine figures aired several debunked claims about coronavirus and vaccines (largely unchallenged by Bet-David), were also showing ads. Bet-David said in an interview that YouTube had limited ads on all three videos, meaning they can generate revenue, but not as much as they would if they were fully monetized.

We asked YouTube for comment on all three videos on Tuesday afternoon. By Thursday morning, one of the three (an interview with anti-vaccine conspiracy theorist Judy Mikovits) had been deleted for violating YouTube's medical misinformation policies. Before it was deleted, the video had more than 1 million views.

YouTube said that the other two videos were borderline, meaning that YouTube decided they didn’t violate rules, but would no longer be recommended or show up prominently in search results.

According to YouTube’s own rules, videos containing “medical misinformation” about covid-19 are against advertiser guidelines — if not in violation of the platform's community standards governing what content is allowed on YouTube at all. Taken together, the three videos gathered more than 3 million views in less than a week.

YouTube has introduced some attempts to counterbalance health misinformation in the past year—for example, by surfacing authoritative sources in some search results, adding information panels to some videos, and working to remove those that violate its evolving list of policies about such false claims. But the pandemic has heightened the urgency and raised the stakes: as covid-19 took hold, YouTube introduced specific policies prohibiting videos that question the transmission or existence of the disease, promote unsubstantiated cures, or encourage people to ignore official guidance.

Experts have said that social-media platforms’ moves to prioritize reliable information and demonetize, limit the reach of, or outright remove content containing misinformation can help limit its spread. But platforms have struggled with effective enforcement. Health misinformation poses its own challenges, and existing conspiracy theories and false claims are adapting and spreading in the current pandemic faster than fact-checking—or sometimes science—can catch up.

On Tuesday, spokesman Farshad Shadloo said in an email that YouTube works to “quickly remove flagged content that violates [their] policies.” The platform has “strict policies that govern what kind of videos we allow ads to appear on,” he added, and these policies are “vigorously” enforced.

But an interview with Bet-David and a review of other conspiracy-riddled activity on YouTube shows that in fact, many prominent peddlers of conspiracy theories are successfully using the system exactly as intended—applying the same techniques that many YouTubers have used to become famous.

On YouTube, there are real incentives for creators to seek out new audiences, collaborate, or capitalize on controversy, whether they review beauty products, play games, or comment on the news. Collabing with bigger, respected names—or jumping on subculture drama—is a pretty reliable method for any YouTuber to gain views and subscribers. (Before he was banned from YouTube, for example, Alex Jones repeatedly though unsuccessfully pursued an interview with PewDiePie, then the site’s leading creator in terms of subscriptions.) But the difference between weighing in on community drama and engaging with fringe personalities is the potential harm the message may cause.

The spread of hateful misinformation targeting marginalized groups leads to harassment, threats, and violence. Health misinformation can lead people to ignore life-saving public health measures or inspire them to try dangerous “cures.” Anthony Fauci, who along with Bill Gates has become a leading villain for coronavirus conspiracy theorists, has increased his personal security after a swell of death threats. 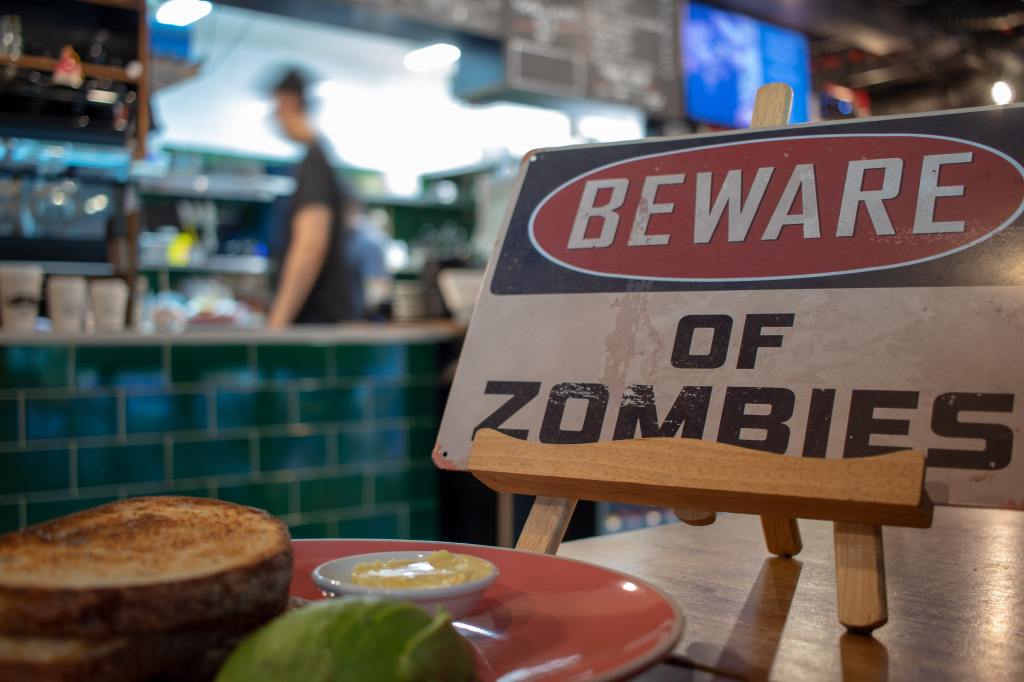 Covid hoaxes are using a loophole to stay alive—even after content is deleted
Pandemic conspiracy theorists are using the Wayback Machine to promote “zombie content” that evades moderators and fact-checkers.

Anti-vaccine activists are particularly good at gaining views on virtually any social app, says Renee DiResta, a researcher at the Stanford Internet Observatory who works to combat this type of misinformation. “They are on every single social platform—even TikTok,” she says. “If they can create content people will find if they search for a specific term, they'll invest the time.”

The relationship between fringe and mainstream YouTubers can be symbiotic, according to Alice Marwick, an assistant professor in communication at the University of North Carolina, Chapel Hill.

“Both members of the discussion are trying to benefit,” she says. “The fringe person from getting this mainstream, and the mainstream from getting a potentially increased audience.”

While YouTube bans creators who break the rules too many times in a row, some conspiracy theorists are using collabs and interviews as a workaround, getting other YouTubers to either host them or talk about them on their channels.

Bet-David’s recent videos are an example. His verified channel, Valuetainment, is part of “entrepreneur YouTube”—a personality-driven, self-optimizing scene full of suit-clad experts offering the keys to financial or creative success. Until recently, Valuetainment has not really been a haven for conspiracy theorists, although Bet-David did interview Jones once. His archives feature a ton of how-tos, motivational videos, business tips, and interviews with more mainstream conservative personalities and sports figures. He described himself to me as a “vaccine guy” who will continue to inoculate his children.

But attention has a way of shifting the incentives.

A few weeks ago, Bet-David said, he started getting emails from fans asking him to interview David Icke, a conspiracy theorist whose own channel was recently removed from YouTube after he repeatedly violated the platform’s policies on covid-19 misinformation.

Another entrepreneur-focused channel that did a largely sympathetic interview with Icke in March had been rewarded with millions of views and a swell of subscribers. Bet-David told me his fans believed he could “challenge” Icke. The result was a lengthy, at times combative, discussion. It didn’t do particularly well, peaking at less than half a million views.

But the Icke interview led to a surge of suggestions for new guests. “What started happening to me was I started getting emails saying, ‘Have you looked up on this topic?’” he says. He did, and went down the rabbit hole.

Anti-vaccine activists, along with other supporters of conspiracy theories, are strongly motivated to seek out bigger and bigger audiences, says Marwick. YouTube and influencer culture has long been vulnerable to their efforts, leading unwitting or unprepared personalities with large followings to host proponents of increasingly extreme views in the name of intellectual debate, curiosity, or controversy. Even when interviewers frame the video as a debate, Marwick says, “they’re just opening the Overton window to whatever fringe idea is being promoted by the guest.”

Bet-David’s resulting interviews with Kennedy and other major anti-vaccine conspiracy theorists were largely deferential, sometimes allowing them to speak uninterrupted and unchallenged for minutes at a time. The video titles were indistinguishable from those being put out by conspiracy theorists.

The most popular of these additions to Bet-David’s YouTube channel, “Dr Buttar Accuses Fauci, Gates & The Media For Using COVID-19 To Drive Hidden Agenda,” is a two-hour interview with Rashid Buttar, an anti-vaccine activist with his own small channel who has, among other things, claimed that the coronavirus is a bioweapon. In the video, Buttar asserts to Bet-David that the death count for covid-19 is being artificially inflated, that doctors and nurses speaking to the media are “paid actors,” that dead bodies seen on TV and in the news are “mannequins,” and that covid-19 is no different from the “regular flu.” He also urges viewers to “go out and demonstrate” that the pandemic is a hoax. These statements appear to be against YouTube’s rules, but the benefit for Buttar is clear: according to SocialBlade, a third-party analytics site for influencers, he had 4,200 subscribers on March 28. He just passed 250,000.

A similar, now-deleted interview by Bet-David with Judy Mikovits, a former chronic fatigue syndrome researcher who has become a major anti-vaccine personality, was titled “Former AIDS Scientist Exposes Dr. Fauci’s Medical Corruption." She’s made several claims about the spread of the coronavirus violate YouTube’s rules. On Bet-David’s channel, she repeated her claim that a flu vaccine from the mid-2010s is actually “driving the pandemic,” that wearing a mask will “activate” the virus in the body, and that Anthony Fauci should be charged with “treason.”

Bet-David says he deferred to Mikovits, Kennedy, and Buttar in part because they are doctors or lawyers. “That guy went and became a doctor. You gotta give credit to a person who became a doctor,” he says of Buttar. In his mind, Bet-David was on a learning journey, unqualified to evaluate the hours of information his guests were sending his way.

In fact, many claims by conspiracy theorists are already discredited, DiResta notes. Anti-vaccine videos are “a mix of jargony pseudoscience woo that's often already been debunked and huge big numbers designed to scare people, taken entirely out of context,” she says. “Audiences who aren't immersed in the facts, and are unfamiliar with anti-vaccine rhetorical games, think they're hearing something scandalous. And then they go on to tell their friends about it, or occasionally begin to follow the anti-vax influencer. “

I asked Bet-David whether he felt any responsibility over airing these views on his channel—particularly potentially harmful claims by his guests, urging viewers to ignore public health recommendations.

For him, that lack of responsibility extends to misinformation that could be harmful to his audience. He is just giving people what they are asking for. That, in turn, drives attention, which allows him to make money from ads, merchandise, speaking gigs, and workshops. “It’s up to the audience to make the decision for themselves,” he says. Besides, he thinks he’s done interviewing anti-vaccine activists for now. He’s trying to book some “big name” interviews of what he termed “pro-vaccine” experts.

But the anti-vaccine activists might not need access to Bet-David's channel any longer, anyway. Earlier this week, Mikovits claimed that she "got word" President Trump watched an interview she did with another YouTube channel. That video, which is still on available to watch, has more than 600,000 views.