The coal industry in the United States has been in a long, steady decline for decades. But since 2012, with the availability of cheap natural gas and the ramping up of environmental regulations to control emissions from coal-fired power plants, that decline has become a full-scale collapse: coal-mining employment has shrunk from 89,800 to 55,500, a drop of 38 percent, according to the Bureau of Labor Statistics. And though the coal business is no stranger to boom-and-bust cycles, this is something different. Emissions limits are becoming ever tighter under regulations such as the federal Clean Power Plan, and the utility industry is  looking for more sustainable sources of power. Those jobs are never coming back.

The losses have been concentrated in Appalachia, once America’s coal heartland. Coal-mining counties in southern West Virginia and eastern Kentucky have rates of unemployment twice the national average, and in some areas the real jobless rate—including people who have effectively exited the workforce—reaches nearly 50 percent, according to local officials. 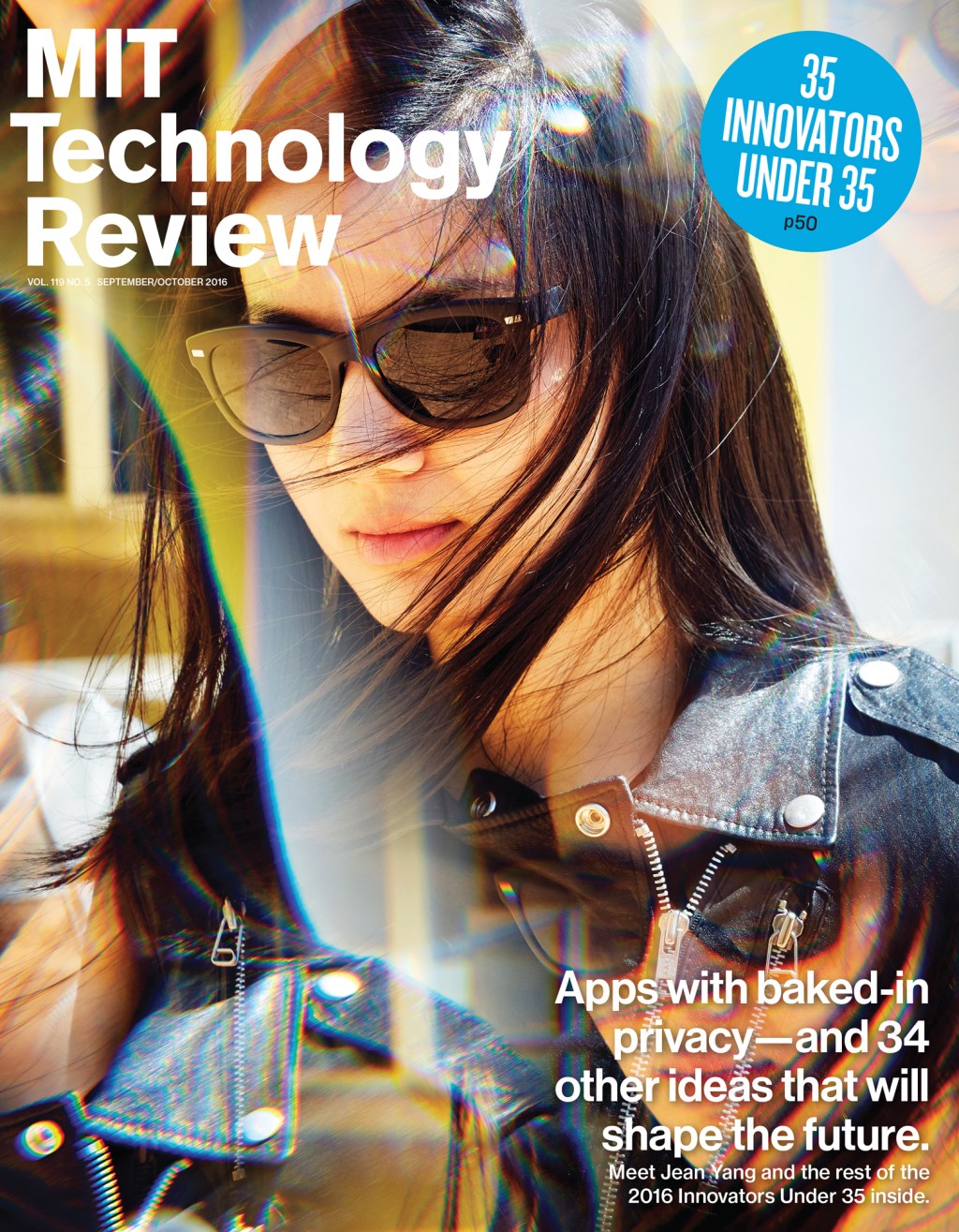 This story was part of our September 2016 issue

But it would be a mistake to dismiss the problem as a regional one uniquely related to the slowing demand for coal. In many ways, the disappearance of the coal economy is a harbinger of major transformations that climate change will bring about in other regions and other sectors. Industries from agriculture to real estate are likely to be devastated by global warming. While the effects on those sectors will look very different from the impact on the coal industry, the results will be similar: economic harm to large regions of the country. And yet little thought has been given to comprehensive, fair, effective strategies to manage those disruptions. In that sense the demise of the coal industry in West Virginia and Kentucky is just a trial run for much larger challenges ahead.

“What happened here happened so quickly, I don’t think anyone was prepared,” says Donovan Beckett, a physician who founded a free clinic called the Williamson Health and Wellness Center in his West Virginia hometown. “I don’t know if anyone has come up with a solution that’s really going to help.”

There is a growing body of literature on the likely economic consequences of climate change, but far less research has been done on how to ameliorate those effects for workers and communities. Economic Risks of Climate Change, by a team of researchers headed by Robert Kopp, a climate scientist at Rutgers, and Solomon Hsiang, a professor of public policy at the University of California, Berkeley, finds that among the regions most affected by climate change will be the coasts: by 2050, losses of property due to the rise in sea level will total between $66 billion and $106 billion, they estimate. States such as Iowa and Nebraska, which depend heavily on farm crops vulnerable to rising temperatures and more severe droughts, could see annual per capita income decline nearly $2,000 by the end of this century. (Some states could benefit from longer growing seasons: per capita income in North Dakota, the authors find, could rise by more than $2,500 a year.)

One economic effect of climate change will be on labor productivity, particularly for workers who toil outdoors or in environments significantly affected by hotter temperatures. Kopp and Hsiang identify four high-risk sectors—agriculture, construction, utilities, and manufacturing—that together account for about a quarter of the U.S. labor force and just under one-fifth of GDP. States that depend heavily on these sectors, such as Louisiana, Indiana, and Iowa, could be hardest hit by declines in labor productivity. Nationwide, the authors forecast, the total cost of productivity impacts will be between $42 billion and $150 billion by 2100.

No sector will be affected more than agriculture. In 2015 alone, the California drought cost the economy $2.7 billion and eliminated some 21,000 jobs, according to the Center for Watershed Sciences at the University of California, Davis. In Economic Risks of Climate Change, Hsiang and his colleagues found that parts of the U.S. Midwest, Southeast, and Great Plains—some of the most fertile farmland in the country—could see annual crop yields fall 10 to 50 percent by midcentury. “When you look at regions that we consider heavily impacted by the Dust Bowl, we saw agricultural declines of 15 percent,” says Hsiang. “What we’re saying is that according to our projections, there’s a 50 percent chance that we’ll see what looks like a perpetual Dust Bowl situation.” The number of agricultural workers in the U.S. is expected to drop 6 percent from 2014 to 2024 even without accounting for climate change. Its effects could easily increase that to more than 10 percent.

There are going to be far fewer people building and selling coastal property in North Carolina, growing cotton in Arizona, and working drilling rigs in North Dakota in the coming decades. How will we help them find other livelihoods?

As part of its 2017 budget plan, the Obama administration proposed a program to help the distressed communities of Appalachia and other coal-dependent regions make the transition from mining to more sustainable economies. Obama’s Power Plus Plan includes $75 million for job retraining and economic diversification, most of that in competitive grants to communities and nonprofits. It would shore up pension and health-care funds for retired coalfield workers whose employers have shed their pension obligations, and it would free up $1 billion from the Abandoned Mine Reclamation Fund to reclaim old mine sites, clean them up, and redevelop them as industrial parks and economic development zones. ­Hillary Clinton, who was harshly criticized in March for her remarks on shutting down coal mines, has produced a $30 billion plan to revitalize communities threatened by coal’s decline. It includes many of the same features as Obama’s, at wider scope.

Unfortunately, even $30 billion may not be equal to the challenge. Both of these schemes are based on ideas that will sound familiar to anyone who has followed previous federal efforts to bring prosperity to Appalachia. Central to all of them is job retraining. Many coal miners, the thinking goes, have mechanical skills that can easily be transferred to deployment of new energy systems—installing solar panels, for instance. “There’s going to be way more jobs in the renewable distributed energy system,” says Jennie ­Stephens, a professor of sustainability science and policy at Northeastern University. “We should be focused on helping people embrace the new opportunities these transitions will bring.”

Research on job retraining, though, shows that the results are mixed, at best. A 2008 Department of Labor study that looked at retraining programs involving 160,000 laid-off workers in 12 states concluded, “It appears possible that ultimate gains from participation are small or nonexistent.” A more recent study from the Hamilton Project found that to be successful, retraining programs must be highly targeted at the workers most likely to benefit. In general, that means younger workers with some postsecondary education who are motivated to follow through, and who are able and willing to relocate to places with more job opportunities. Many of the unemployed coal miners of Appalachia do not fit those criteria.

The idea that many people should just get out of Appalachia has been around for decades. “Economic betterment for the great majority of the people of the Southern Appalachians is not to be found in development of the meager resources of the local area,” wrote economists B. H. Luebke and John Fraser Hart in 1958, “but in migration to other areas more richly endowed by nature and by man.” In economic theory, human mobility should benefit both the downtrodden areas people are leaving, by tightening the job market, and the more prosperous ones that need new workers. Subsidizing migration, though, has moral and political implications that many find unsettling. “There’s a psychic cost to relocating—if there weren’t, we’d see a lot more mobility in the U.S. than we do,” says Reed Walker, an assistant professor at the Haas School of Business at UC Berkeley.

Ultimately, though, it will be necessary to address the costs of rejuvenating communities affected by climate change. Some workers can be retrained, but some can’t. Some towns can recast themselves with music festivals and art fairs, but not all. Crafting solutions requires a level of forethought, planning, and clear-eyed decision-making that our institutions and elected officials have not shown themselves to be particularly good at. Few officials have even acknowledged the scale of the challenges ahead.

“These answers have to be carefully thought out, and serious strategic work needs to be done, before you start handing out money,” says Amy Glasmeier, a professor of economic geography and regional planning at MIT who worked for many years at the Appalachian Regional Commission. “We have to figure out the problem first, and understand the demographics and the politics and the return on investment, and then launch programs—instead of saying ‘We’ve got to spend money now, because next year we’ll have to ask for more.’”

Given that such questions could soon be relevant far beyond coal communities, we will need to shift away from piecemeal, short-term, narrowly focused retraining efforts that attempt to quickly plug workers into new jobs. Instead, we need a comprehensive effort to reshape regional economies. President Obama’s proposal to devote $60 billion to making community colleges free for all qualified students, and to expand vocational training and apprenticeships for jobs in expanding fields, could be one way to start.

For the coal miners of Appalachia, such efforts could offer a chance to move beyond an extractive industry that for decades brought jobs, but not prosperity, to the region. “There is too much focus right now on ‘How do we replace these 10,000 good-paying jobs for people with only a high school diploma?’” says Peter Hille, the president of the Mountain Association for Community Economic Development in Berea, Kentucky. “That’s not the right question. The real question is ‘What can we do to create a new, diverse, and sustainable economy in a region that’s been economically distressed for more than a half-century?’”