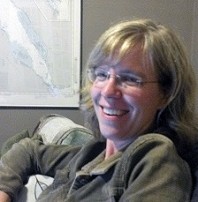 I started writing about cell phones before anyone I knew had a mobile phone. In fact, some of my first stories were about the spectrum auctions — including the controversial auction designed to let minorities and women get into the game — that preceded the switch to digital. I always had the latest model phone in my pocket, on loan from the manufacturer, long before phones were affordable enough for anyone I knew to have one.

Since then, I’ve covered it all in technology. One of the most unusual events I covered was an IEEE meeting in Cyprus. I’ve written about CDMA from Singapore, PCs from Hanover, TDMA from Cancun, 4G from Barcelona and more topics than I can remember from Las Vegas.

My clips have appeared in The Economist, New York Times, Seattle Times, Dallas Mornings News, Wired, Computerworld, PC World and many other publications.