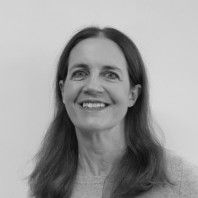 Diana Owen is Associate Professor of Political Science at Georgetown University in the Communication, Culture, and Technology graduate program. She served as Director of Georgetown’s American Studies Program for a decade. She is the author of Media Messages in American Presidential Elections, New Media and American Politics (with Richard Davis), and American Government and Politics in the Information Age (with David Paletz and Timothy Cook). She is the co-editor of The Internet and Politics: Citizens, Voters, and Activists (with Sarah Oates and Rachel Gibson), Making a Difference: The Internet and Elections in Comparative Perspective (with Richard Davis, Stephen Ward, and David Taras), and Internet Election Campaigns in the United States, Japan, Korea, and Taiwan (with Shoko Kiyohara and Kazuhiro Maeshima, 2017).