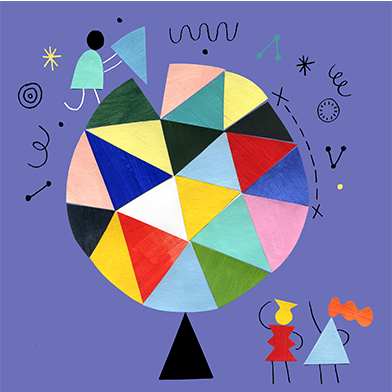 Dinesh Bharadia invented a telecommunications technology that everyone said would never work: he found a way to simultaneously transmit and receive data on the same frequency.

Because the signal from broadcasting a radio transmission can be 100 billion times louder than the receiving one, it was always assumed that outgoing signals would invariably drown out incoming ones. That’s why radios typically send and receive on different frequencies or rapidly alternate between transmitting and receiving. “Even textbooks kind of assumed it was impossible,” Bharadia says.

Bharadia developed hardware and software that selectively cancel the far louder outgoing transmission so that a radio can decipher the incoming message. The creation of the first full-duplex radio, which eventually could be incorporated into cell phones, should effectively double available wireless bandwidth by simply using it twice. That would be a godsend for telecom companies and consumers alike.

Bharadia took a leave of absence from his PhD studies at Stanford so he could commercialize the radio through the startup Kumu Networks. Germany-based Deutsche Telekom began testing it last year, but since Bharadia’s prototype circuit board is too large to fit in a phone, it will be up to other engineers to miniaturize it.