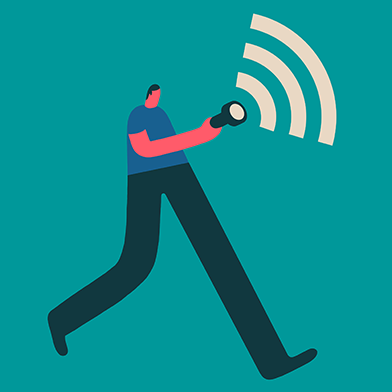 Single-neuron genome sequencing is revealing clues about what goes wrong in the brain.

From studying 300 neurons one at a time, Harvard Medical School researcher Gilad Evrony helped make a surprising discovery: brain cells sitting right next to each other don’t always have the same genetic codes. This could provide insight into age-related cognitive decline and brain disorders such as epilepsy and schizophrenia.

When scientists sequence DNA, they typically examine genetic material from thousands or millions of cells at a time. Decoding the genome of an individual cell is more challenging. Although researchers had done it with cells from other parts of the body, Evrony developed a way to do it with neurons from cadavers. Then he painstakingly mapped the origins of the mutations he found.

The implications are remarkable. For one thing, finding out the precise location of mutations indicates that some mental disorders can be traced back to just a few bad neurons. Crucially, such mutations apparently are not inherited; they crop up in brain cells during development or over our lifetimes—and accumulate as we age. The rate at which those errors occur is not clear, though, and figuring that out could help explain how cognitive decline sets in and how it might be staved off.

Such insights appear to be just the beginning of what we might discover by analyzing individual neurons. The National Institutes of Health has organized a consortium of labs that will study several mental disorders using this method, among others. Evrony calls the technology “the brain’s new microscope.”

This story was updated on August 21 to clarify the nature of the mutations.