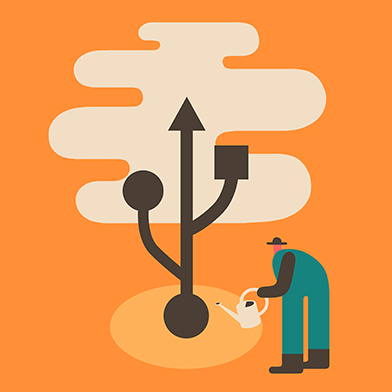 This engineer from India returned home after graduate school with a new approach to helping premature babies.

“Humanity has known for over 100 years that keeping premature babies warm dramatically increases their survival rates. Yet most vulnerable babies around the world don’t benefit from this knowledge.

“In 2007 I and three classmates at Stanford were encouraged to do fieldwork in Nepal. The first thing we realized was that low cost is not always the solution. Donated incubators were being used as filing cabinets, because there wasn’t the electricity or the expertise to use them. Secondly, we found that parents desperate to keep their children alive were the users we should focus on, rather than doctors.

“We needed to reframe the problem. So we came up with a prototype incubator that costs 1 percent as much as traditional solutions and can be operated by a non-expert. It uses phase-change materials to keep babies at the ideal temperature of 37 °C for up to six hours without electricity. When heated with hot water or another source, a phase-change material melts, and it can release heat the baby needs at a constant temperature.

“NGOs we’d partnered with passed on the design. We realized if we didn’t take this forward, no one else would. After a year of working on the project in my free time, we finally had our seed capital, and in 2009 I quit my job, moved to Bangalore with my three cofounders, and started Embrace. Since then our warmers have been used in 15 countries to help nearly 200,000 babies. We’ve implemented a hybrid for-profit/not-for-profit business model that lets us scale much faster than a charity.

“I hope future generations look to us as role models and take inspiration to go down the route of social entrepreneurship. Too many young people, especially in India, don’t take risks because they worry about their futures. But I realized many years ago that someone with my education was never going to starve.”

—as told to Edd Gent