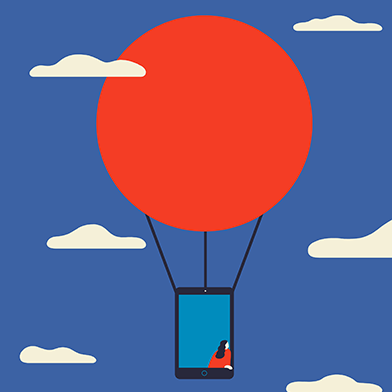 Hardware that buzzes the brain at the right moments could help treat debilitating mental disorders.

One of the most audacious projects funded last year under the Obama administration’s BRAIN initiative aims to intervene in mental disorders using an electrical brain interface. The plan is to develop a system that both senses and modulates abnormal electrical activity, in hope of helping patients with conditions ranging from severe anxiety to post-traumatic stress disorder. Rikky Muller, an Israeli-born entrepreneur and the cofounder of Cortera Neurotechnologies, is designing the implantable hardware intended to interact directly with the brain.

Muller has long been interested in brain interfaces with clinical potential. After training as an electrical engineer and then designing chips for digital cameras, she gravitated toward neuroscience. In graduate school at Berkeley, she worked on neural implants that might decode human thought to control robotic prostheses. She also built a wireless device that could interpret brain signals in detail while resting on the surface of the cortex, rather than deeper in the brain. That work led to the founding of Cortera, in 2013, during the final year of her PhD studies. “We thought it could change patients’ lives,” she says.

Devices that record electrical activity directly from the surface of the brain—similar to Cortera’s founding work—are already used clinically to map the cortex during surgery and to pinpoint the location of seizures. In theory, these devices could also monitor severe neurological or psychiatric conditions on an ongoing basis. Muller is cagey, however, when it comes to Cortera’s plans in the growing neuromodulation market. “We do have a specific application in mind,” she says, “but we are not disclosing what it is.”