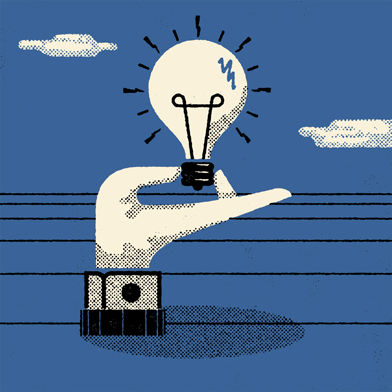 Using the small box plugged in between a wall socket and an appliance, Tanuja Ganu can tell you when the electric grid in India is likely to shut down. Sensors inside the device, called nPlug, detect the voltage and frequency of the incoming electricity; analyzing that data over time, the box can determine the periods of maximum power demand on the grid and predict when the need for power will exceed the supply. With that information, the box can schedule when to run water heaters and dishwashers to avert outages, allowing utilities to more easily meet peak demand.

Ganu hopes that the simple data-­harvesting gadget and others she is developing will help India’s consumers navigate the country’s notoriously unreliable power system. Growing up in a small town in India, she studied for exams by candlelight and endured hot days with no fan or air conditioner because the power would shut off for hours with no warning.

The number of people in India without access to electricity

She joined IBM Research in Bangalore in 2011 and quickly understood that the basic premise of the so-called smart grid—a two-way connection between consumers and the grid that helps optimize the production and consumption of power—is a nonstarter in her home country. “If you build any solution that requires computation and communications, that’s not going to be practical for many developing countries,” she says.

Instead, she’s designed devices that work autonomously. In tests, nPlug is able to infer the status of the grid using simple pattern-recognizing algorithms and a few weeks’ worth of data. For example, voltage dips during spikes in demand, such as morning hours and early evenings. The device can also identify when outages are likely to occur: the frequency of the electric current drops substantially when grid operators can’t supply enough power.

If deployed widely, these simple gadgets could help address India’s energy deficit without requiring expensive infrastructure investments. “With the amount of data available, there’s a lot we can still do with the available power,” says Ganu.