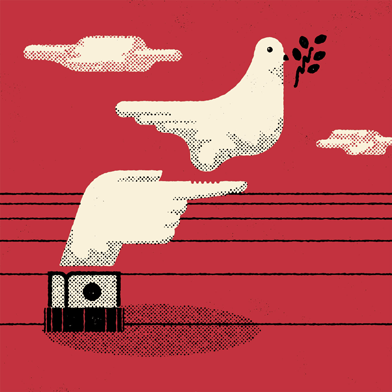 By applying technology in novel ways, they are improving lives and expanding opportunities.

A USC professor who studies climate and pollution influences policy in California.

“Most roofs, historically, have been dark. They absorb sunlight, then transfer heat into the building and into the atmosphere. A very simple solution to that is to design roofs to reflect sunlight rather than absorb it. Cool roofs. Cool roofs could counter somewhere between a half and two degrees Celsius of warming in urban areas.

“In March 2013, an organization called Climate Resolve organized a one-day workshop on cool roofs, with the idea of bringing together researchers and policy makers, including Los Angeles mayor Antonio -Villaraigosa. I [had done] a study to take high-resolution aircraft imagery and used that imagery to quantify how much sunlight is reflected versus absorbed. At the workshop I showed a map of Los Angeles with the corresponding reflectivity of each roof in the city. This visual made it clear that roofs cover a large fraction of Los Angeles, and most roofs absorb nearly all heat from the sun. In December 2013 the city council passed a law requiring any new or refurbished roofs on residential buildings to be cool roofs.

“It was extremely fulfilling to know that results from my research contributed to the evidence justifying the first such policy a city has ever passed.

“I try to follow Einstein’s suggestion that if you can’t explain it to a six-year-old, you don’t understand it yourself. I use my own six-year-old as a test bed.”

—as told to Adam Popescu