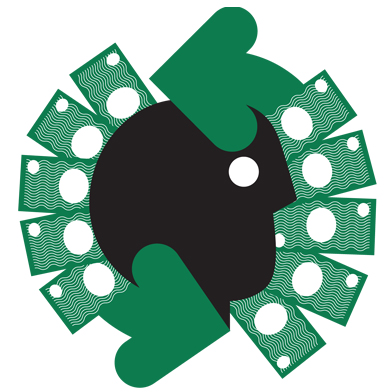 When the Internet was getting big in Russia, he was in the right place at the right time. Now he hopes to do it again with personal robotics.

Dmitry Grishin was born on a missile base in the Soviet Union. He grew up around technical people working on secret projects; his father designed radar systems for the MiG-29 jet fighter.

In Russia, every boy wanted to be a spaceman. But Grishin was taken by robotics. He remembers seeing his first Western VCR when he was about 12 and being fascinated by the mechanical movement that drew the tape into the player. There were Russian robots to admire as well, like Lunokhod 2, a remote-controlled lander that had set down on the moon in 1973. “That you can sit on Earth and drive the device—I thought it was so cool,” he says.

Then came the end of the Soviet Union and the tarnishing of its glories. Grishin left home for Moscow State Technical University with a few rubles. But he had a knack for programming and for managing others. By the time he was 20, he was overseeing programmers in Florida for a computer-aided design company from his student hostel in Moscow.

Those were the early days of the Russian-language Internet, known as Runet. The goal was to copy U.S. ideas, much as eBay was copied by Molotok.ru, an auction site Grishin joined in 2000. To stretch Molotok’s limited resources, Grishin hunted online for equipment being sold off by failed U.S. dot-coms, scooping up $100,000 networking devices for $5,000. Later, to expand Mail.ru, an e-mail service, he bought cheap servers from China and used software to create redundancies. “We played a lot of tricks to create a big technology,” he says.

By 2001, Molotok and other struggling Web projects were swept together by Yuri Milner, the Russian financier who later made a killing on Facebook shares. Milner made Grishin CEO of the combined company, which is now called Mail.ru Group. Was it typical in Russia to be picked as CEO at just 24? “There’s not that much typical stuff in Russia,” Grishin deadpans.

To be sure, Mail.ru is Russia’s Yahoo, not its Google. It’s the site with cat pictures and tacky come-ons. It owns chat services, e-mail, and a social network, Odnoklassniki (“classmates”), that attracts a lower-tech crowd. Even so, when Mail.ru staged the first large IPO by a Russian Internet firm, in 2010, it raised $912 million. Grishin has managed to steadily increase the profits from ads and online games. “If you watch the performance of the company, then you’d say he’s an innovative visionary who built well on the business model,” says investment banker Terry Schallich of Pacific Crest Securities, which helped manage Mail.ru’s IPO.

Russia’s non-Roman alphabet made foreign services slow to enter the country. But now that Russia has more Internet users than any other country in Europe, it’s not clear how long the domestic Internet firms can maintain their separate fiefdom. Facebook has started to become very popular. Grishin’s response has been to try to expand Mail.ru outside of Russia, or “to go on the attack,” as he says. In 2012, Mail.ru launched a Twitter rival that it built in a month; it offered big pictures and video (which Twitter now offers too). It didn’t succeed, but Grishin has invested heavily in massive multiplayer games that may yet find an international market.

What has most raised Grishin’s profile outside Russia was his launch in 2012 of Grishin Robotics, a venture firm dedicated to what he calls “personal robotics,” in which he invested $25 million, or about 15 percent of his net worth, he said in a 2012 interview. His fund has invested up to half a million dollars each in companies like DoubleRobotics, maker of a $2,500 telepresence robot, and RobotAppstore, a site to download games or instructions into toy robots.

There’s something childlike about Grishin’s interest in robotics. He likes to imagine automated chairs that would swoop to wherever someone wants to sit. Or drones that fly over a wedding to snap pictures. The holdup to these visions has been technology. Now, with inexpensive sensors and software, he thinks robots—like e-mail in Russia a decade ago—are ready for mass consumer markets.