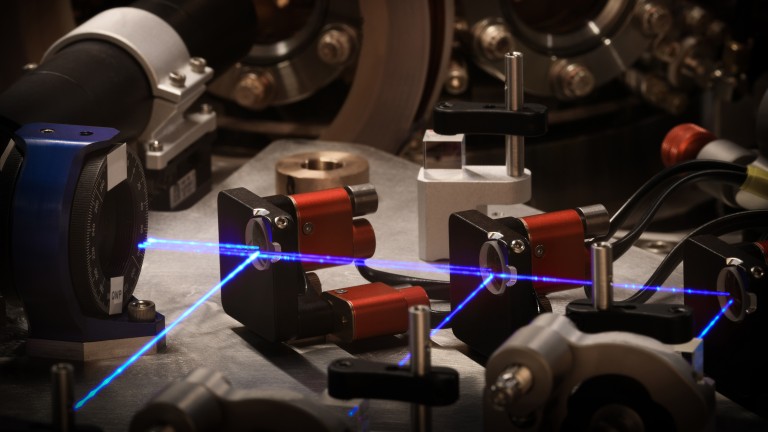 The news: Honeywell, a US company best known for its home thermostats, has announced that it has built the world’s most powerful quantum computer. While all eyes were on IBM and Google, which last year knocked heads over quantum supremacy, Honeywell has been working quietly on quantum tech that it plans to make available to clients via the internet in the next three months.

How it works: Most quantum computers, including those being developed by IBM and Google, are built around superconducting qubits, which use supercooled circuits. Honeywell’s quantum computer uses a different technology, called ion traps, which hold ions—the computer’s qubits—in place with electromagnetic fields. Superconducting quantum chips are faster, but ion traps are more accurate and hold their quantum state for longer.

Honeywell also says it can hit pause on a quantum computation, read off the state of a qubit, and then restart the computation down a different path depending on the result. This would make it possible to execute something like an “if” statement mid-computation—a fundamental part of coding languages.

Honeywell posted details of how its system works to the arXiv pre-print repository yesterday. The firm claims its computer will be twice as powerful as IBM’s machine, Q System One, when it launches, although that particular claim is likely to be contested.

Do we believe it? There are good reasons to. Honeywell might seem like an outsider in this space, but it is a massive company with a wealth of industrial expertise that goes well beyond thermostats, especially in many high-precision sectors such as defense and aerospace. Its experience working with vacuums and cryogenics is likely to have played a big part in its efforts to build a quantum computer, which draws on many more areas of engineering than a regular computer. This suggests the smart money for next-gen quantum tech should be on industrial conglomerates like Honeywell just as much as on traditional tech giants like IBM and Google.

Still, for now this is just an announcement. We will have to wait a few more months to see what Honeywell’s quantum computer can actually do.