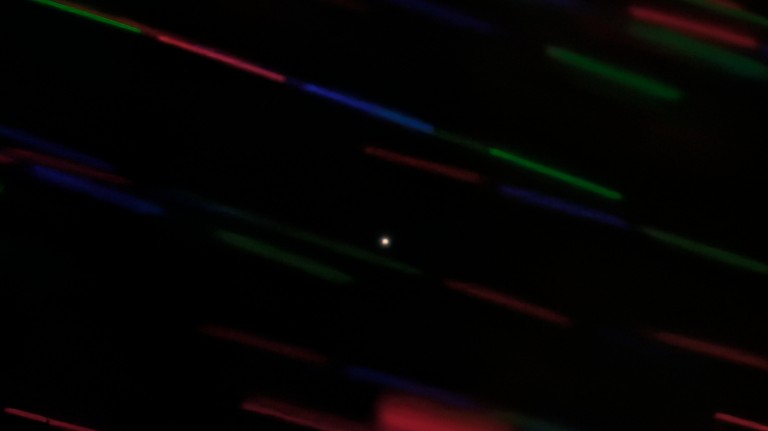 A pair of astronomers just discovered a “mini-moon” asteroid within Earth’s orbit. And it turns out it may have been orbiting us for years, undetected until now.

How was it found: The asteroid, called 2020 CD3 (also known as C26FED2), was discovered by the Catalina Sky Survey at the University of Arizona on February 15. The two researchers responsible for the discovery held off on announcing their findings while they confirmed exactly what 2020 CD3 was and what its orbit looked like. Its small size and peculiar orbit helped hide it well from astronomers.

Mini-moons are formally known as Temporary Captured Orbiters (TCO)—objects that are currently looping the planet, but will eventually shove off and resume their trip around the sun. CSS previously found a TCO that stumbled into Earth’s orbit in 2006, before exiting the following year.

Tell me more about the rock: There’s honestly not much to tell yet. It’s estimated to between 6.2 and 16.4 feet in diameter. It seems to have entered Earth’s orbit three years ago. Its calculated trajectory so far suggests it will exit Earth’s orbit in April. "It cannot be ruled out that the object is artificial," says Theodore Pruyne, one of the researchers who made the discovery. "At this moment, with the observations we have, we can only say that it is a probable 'mini moon,'" and not just an old satellite or other human-made object.

What’s next: A lot more observations. Spotting a mini-moon is pretty rare. The goal behind CSS is to track 90% of all objects larger than 460 feet. Finding such small objects is basically an accident. And there are probably many more mini-moons orbiting Earth that we just haven’t spotted yet.