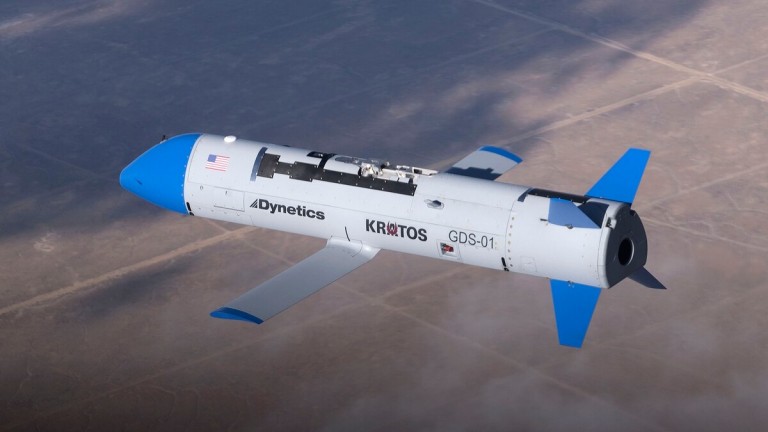 The news: The Defense Advanced Research Projects Agency (DARPA) has conducted the first test of a new type of drone that can be launched from a plane in a swarm and recovered in mid-air when it’s done its job.

How it works: A military transport or bomber plane releases a series of drones in rapid succession. They carry out the task designated to them (surveillance, for example) and then return to the plane, docking on a line before being winched in. It looks a bit like the airborne refueling process.

Testing: A test, which took place in Utah in November but was first reported this week, showed that a military transport plane can successfully launch and monitor the drone, known as an X-61A Gremlin. However, after a successful mid-air launch and a flight lasting one hour, 41 minutes, the drone crashed when “mechanical issues” prevented its parachute from deploying, the firm behind the drone, Dynetics, said in a press statement. There’s video of the test here (it includes bad music, be warned). This spring, DARPA will try to fly and recover four of the drones for the first time.

What's the purpose? The system could give drones a wider range than they would have if launched from an air base, and cut costs since they are reusable. The US military has been working on the concept for several years, and tested a similar system with a large swarm of micro-UAVs in 2017.