Google’s new idea to get you off your phone? Seal it in an envelope. 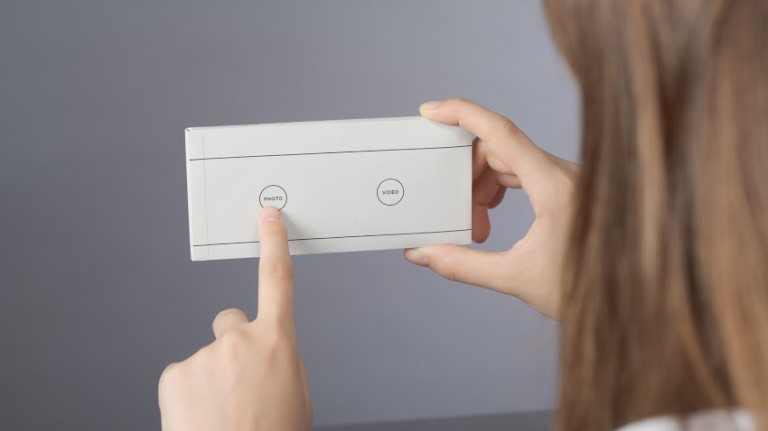 Google has announced a trio of projects meant to get you out in the real world and away from your phone.

The “apps”: They are designed by Special Projects, an independent studio that worked with Google’s Digital Wellbeing Experiments to make your Pixel3a (the only phone for which they work) barely functional. One involves sticking your phone into an envelope, sealing it, and using it only as a camera or a basic keypad to dial numbers. (It’s called... Envelope.) The second, Screen Stopwatch, transforms your home screen into a giant timer every time you unlock your phone—it’s supposed to make you more aware of your phone usage. And the last, Activity Bubbles, represents your activity in bubble shapes. The longer the session, the bigger the bubbles; the more the sessions, the more bubbly your home screen.

We’ve seen this paper stunt from Google before. Back in November, Google released a paper phone, a printout of the directions, a to-do list, and puzzles you might need to get through your day sans blue screen.

Can these things work? Sure. By sealing your phone and making it harder to use, you’re cutting out any potential side jaunts into Twitter or Instagram to stalk a frenemy. Measuring the time you spend on your phone isn’t a new concept (plenty of apps and plugins already do that, along with ... ummm ... clocks), but it certainly helps to quantify the time you spend on a screen.

Or, you know, just put your phone away. The Digital Wellbeing Experiments are supposed to be “a collection of ideas and tools that help people find a better balance with technology.”

But as digital expert Julie Albright told us last year, the best way to control your phone use isn’t necessarily to download more apps or flagellate yourself with shaming devices. Instead, we can create “sacred” space or time away from the phone: the bedroom, for example, could be a no-phone zone, or the hour before you go to bed could be a time to crack open a book instead of scrolling through TikTok. And in any case, we don’t even know whether screen time is such a bad thing anyway.

Editor's note: This story has been updated to reflect that Special Projects is a studio independent of Google.