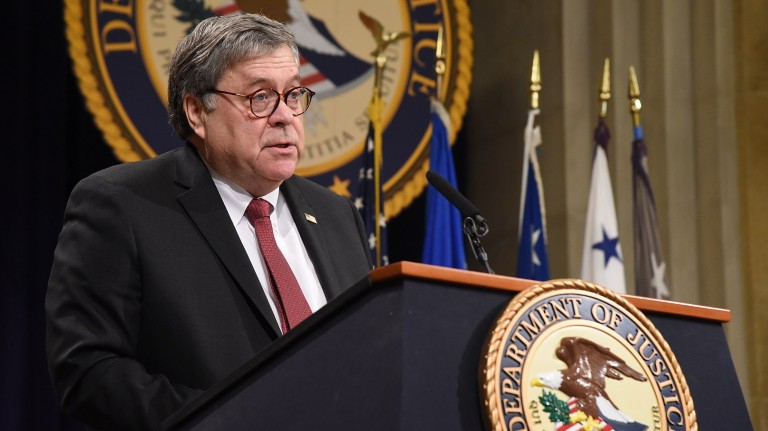 William Barr, the US attorney general, has asked Apple to unlock the iPhone of the Saudi air force member who killed three American sailors in a terrorist attack last month.

The request set the stage for a potential fight between Silicon Valley and the Department of Justice over encryption, privacy, and security.

Apple has already supplied US investigators with data from the iCloud account of Mohammed Saeed Alshamrani, who conducted the attack at Naval Air Station Pensacola in December. But so far the company has refused to open its phones up, despite Barr’s request. Apple did not immediately respond to a request for comment.

The encryption fight: iPhones are protected by strong encryption intended to prevent anyone but the phone’s owner from accessing what is on the handset. In the last decade, encryption has boomed as consumers demand stronger privacy protection. Even the lock in your browser next to the technologyreview.com address is a form of encryption protecting the privacy and security of your internet browsing.

Preparing the battlefield: Encryption has increasingly become a political crusade for Barr, who reignited the debate in July 2019 in a speech calling for government access to encrypted data. Critics, including former National Security Agency director Michael Hayden and cryptographer Matthew Green, said that “back door” technology would grossly undermine internet security and privacy. Apple and other Silicon Valley giants, which routinely assist American law enforcement investigations, have refused to break the strong encryption they use in their products at the request of US officials.

“My advice to you is to get on with it,” Senator Lindsey Graham told Apple and Facebook representatives at a congressional hearing last month. “Because this time next year, if we haven’t found a way that you can live with, we will impose our will on you.”

Head-to-head: The biggest previous fight over this issue came in 2015 and 2016, when Apple and the FBI went to court over the phone of a terrorist who killed 14 people in San Bernardino, California. The FBI director at the time, James Comey, tried to legally compel Apple to write new code that could open the iPhone of Syed Farook, but eventually backed off after the agency contracted with Cellebrite, an Israeli company that hacks phones to give important access and data to government investigators.