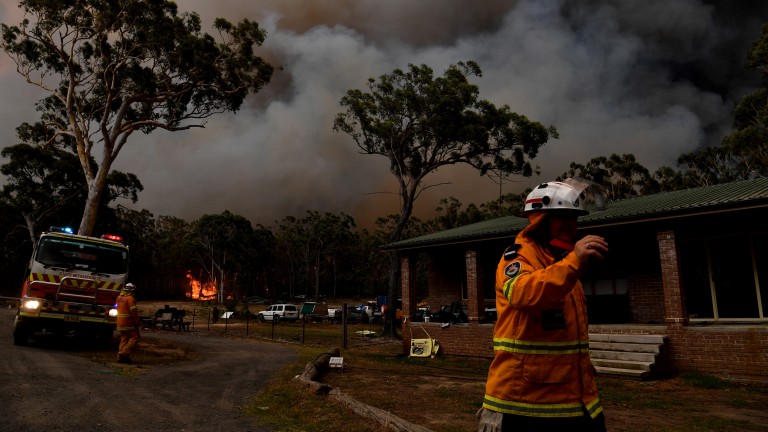 Tens of thousands of Australians are fleeing their homes as hundreds of fires rage across the continent’s southeast coast. And yes, climate change is almost certainly to blame for the extent of the disaster.

How bad is it? With more than a thousand buildings destroyed and 17 deaths since October, it already ranks as one of the worst fire seasons in Australia’s history—and summer there has barely begun.

What’s driving the fires? Summer wildfires are common in Australia, but climate change is making them worse.

Spring rainfall has declined in recent decades, even as temperatures rise, extreme heat events become more common, and droughts turn more severe, according to a 2018 report by Australia’s Bureau of Meteorology. Those forces have contributed to a greater number of days with “very high fire dangers,” and helped extend the fire season into spring.

The response: Thousands of firefighters are battling the blazes. The government has deployed military ships and helicopters to drop supplies and rescue people trapped along shorelines. And officials have enacted mandatory evacuations in some areas, fearing that high temperatures and winds forecast for this weekend will spread the infernos further.

Ignoring the dangers: Australians in fire-ravaged regions angrily criticized Prime Minister Scott Morrison for downplaying the dangers of climate change, and failing to act on repeated recommendations to bolster the nation’s defenses against wildfires and other disasters. Indeed, Morrison’s conservative coalition successfully ran on a pro-coal campaign, and he’s since pledged to outlaw forms of climate activism. In recent weeks, he disputed the link between the fires and climate change.