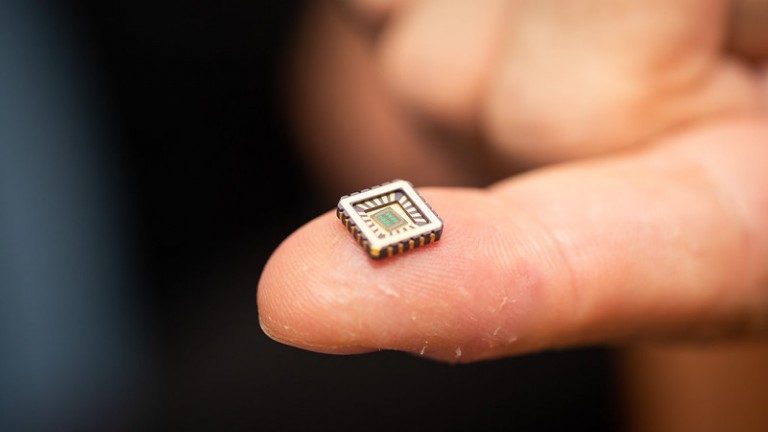 Messengers: The neurons are built into small silicon chips (pictured above) and could be used to pass signals between nerve cells that may be damaged by disease or injury. Crucially, the chips only need one billionth the power of a standard microprocessor, meaning they could theoretically be used in medical implants to help treat chronic diseases like heart failure or Alzheimer’s.

How they were developed: The researchers used a simulation to model how two types of neurons in rats fire in response to stimuli: respiratory ones that are responsible for breathing and ones in the hippocampus. The models were translated to silicon chips in which replicas of biological ion channels (which transmit signals in the body) were created. The process was described in a paper in Nature Communications.

Stand-in: In theory, circuits of artificial neurons could replicate the healthy function of failing nerve cells and pass on electrical messages between different parts of the body. For example, when someone’s heart fails, neurons in the brain don’t respond properly to nervous system feedback, so the heart doesn’t pump as hard as it should. A chip containing artificial neurons could transmit the right signal to get it back on track.

In fact, some of the researchers are now developing smart pacemakers with these chips embedded. Tests in rats showed that this approach was more effective than just a standard pacemaker—although it’s still a long time before any such device is ready to be implanted in human patients.