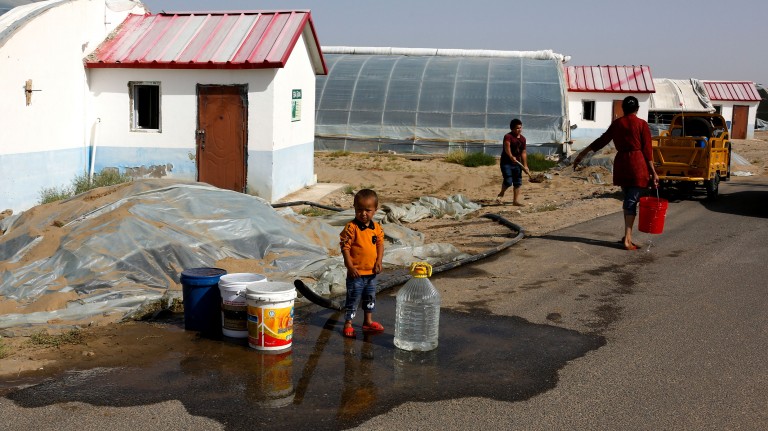 The news: Chinese researchers are using blood taken from Uighurs to try to work out how to use a DNA sample to re-create an image of a person’s face, according to an investigation by the New York Times. The samples are being gathered in Tumxuk, a city in China’s Xinjiang region, where a million or more ethnic Uighurs, a persecuted minority group, are being held in detention centers.

How does it work? The technique is called DNA phenotyping. It analyzes the genes associated with traits like ancestry, skin color, and eye color to make predictions about what the sample donor may look like, with varying degrees of certainty. This approach has been made to make educated guesses at what ancient humans may have looked like. But despite continued progress in the field, the images it produces are not yet good enough to really identify a specific individual (despite claims that it can). A person’s distinct face is determined by a lot more than a handful of basic features. Other traits are the result of more complex gene interactions and are much harder to predict, while the effects of age and weight on the face can vary.

Why it’s so worrying: But the technique’s current shortcomings don’t mean authorities in China won’t use it anyway. Ethicists fear that China will use DNA phenotyping as yet another tool in its crackdown on Uighurs. The government is building “essentially technologies used for hunting people,” Mark Munsterhjelm, of the University of Windsor in Ontario, told the New York Times. It is also unlikely that proper consent is being obtained from the subjects before blood samples are taken, as many are being held in internment camps. European scientists at institutes in Germany and the Netherlands are also listed as coauthors on the papers that detail the research findings. Nature, which published one of the papers, told the New York Times that it will add a “note of concern” to the relevant research article.

The future in your face: In the long term, it’s possible the Chinese government might even try to link up this technology with the mass surveillance and facial recognition systems it’s building—although the technique is a long way from being good enough to be particularly useful yet.