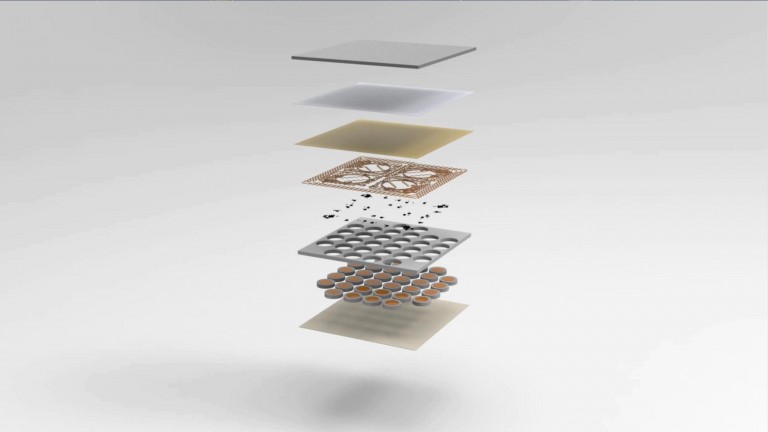 A second skin: A soft “skin” made from silicone could let the wearer feel objects in virtual reality. In a paper in Nature today, researchers from Northwestern University in the US and the Hong Kong Polytechnic University describe creating a multilayered material incorporating a chip, sensors, and actuators that let the wearer feel mechanical vibrations through the skin.

For now, the feeling of touch is transmitted by tapping areas on a touch screen, with the corresponding areas on the skin vibrating in real time in response. The skin is wireless and doesn’t require any batteries, thanks to inductive charging (the same technology used to charge smartphones wirelessly). Although virtual reality can recreate sounds and sights, the sense of touch has been underexplored, the researchers say.

But … what’s it for? The idea is that one day, these sorts of skins could let people communicate physically from a distance. For example, a parent could “hold” a child while on a virtual-reality video call from abroad. More immediately, it could also let VR video gamers feel strikes when playing, or help give users of prosthetic arms a better sense for the shape of objects they are holding. There has been plenty of hand-wringing in the tech industry over virtual reality’s failure to fulfill its full potential. Perhaps adding a sense of touch could help.

An emerging field of study: These researchers aren’t the only group attempting to create this sort of material. Just last month, researchers at the Swiss Federal Institute of Technology published a paper in Soft Robotics describing how they’d created a 500-nanometer-thick artificial skin providing real-time haptic feedback to let VR users “touch” objects in virtual worlds.