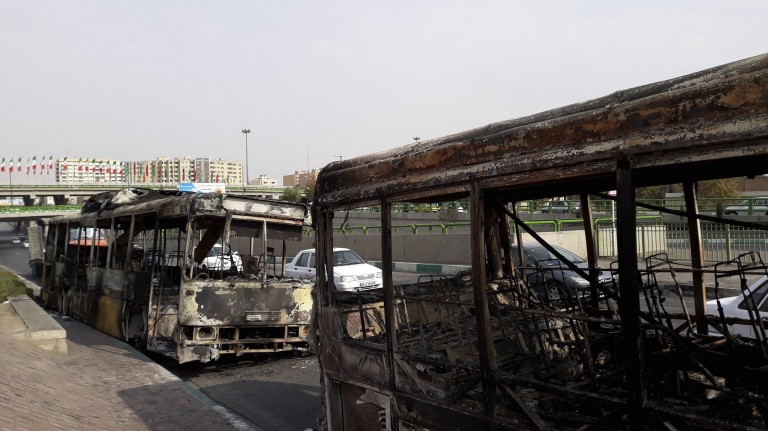 What has happened: Protests erupted across Iran on Friday after the government unexpectedly announced its decision to ration fuel and remove subsidies, sending prices soaring by at least 50%. The move is part of efforts to mitigate the effects of crippling US sanctions on Iran’s economy. In response to the demonstrations, Iran’s government almost instantly started to shut off internet access for its citizens, starting in Mashhad, the country’s second-biggest city.

Blackout: Iran’s largest mobile network operators all fell offline on Saturday, and there is now a near-total internet and telecommunication blackout inside the country. National connectivity is at 5% of ordinary levels, according to NetBlocks, an NGO that monitors internet freedom.

Shooting itself in the foot: Iran’s government is trying to stop protesters from organizing, and media outlets from reporting on the protests. NetBlocks said it is the most severe disconnection it’s ever seen in any country, in terms of technical complexity and breadth.

While the shutdown might temporarily disrupt protests, it will do nothing to address their underlying causes, and may make the situation even worse for the government. Despite the fact that internet shutdowns are increasingly favored as a tactic by authoritarian regimes, they leave people feeling even more aggrieved (see Kashmir) and have a deeply negative impact on the economy.