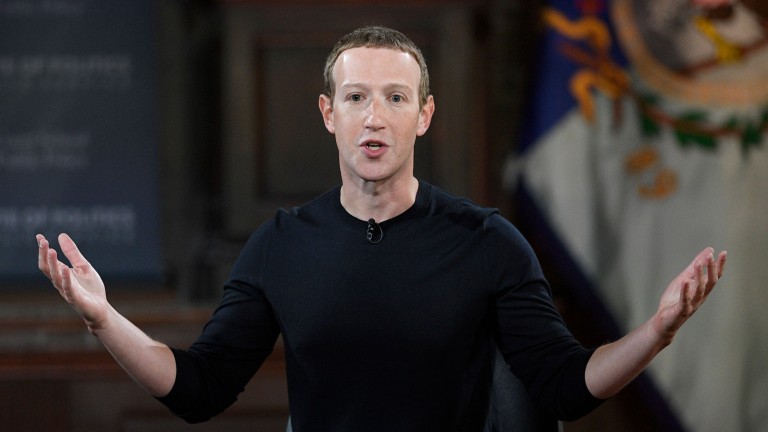 The news: Mark Zuckerberg said Facebook should “err on the side of greater expression” during a 35-minute speech at Georgetown University yesterday in which he tried to cast the platform as a champion of free speech and democracy.

Facebook’s CEO defended his firm’s recent decision not to include political ads in its fact-checking program, saying “people should decide what’s credible, not tech companies.” Zuckerberg said he had been tempted to pull Facebook out of the political ads business entirely, as it’s highly controversial yet makes up a tiny part of the company’s overall revenue. But he decided against it, arguing that such a decision would favor incumbents and hurt smaller, up-and-coming candidates. You can read a transcript of his whole speech here.

Civil rights controversy: Zuckerberg repeatedly referred to the struggle for civil rights in his speech, arguing that free speech had been an essential component. He mentioned Martin Luther King twice, drawing a response from King’s daughter Bernice, who tweeted that disinformation campaigns launched by politicians created the atmosphere that led to her father’s assassination.

Why now? Facebook has been under fire for its decision to allow lies in political adverts, with Senator Elizabeth Warren dubbing it a “disinformation-for-profit machine.” Evidently, Zuckerberg felt he had to respond. It’s unlikely he’ll have convinced many of his detractors, but the speech was very well received on Facebook’s live-stream (to a bizarre extent: the comments were almost exclusively positive).

Too much power: Zuckerberg conceded that those who worry about how much power Facebook has may have a point. He said: “I understand people are concerned that we have so much control over how they communicate on our services. And I understand people are concerned about bias and making sure their ideas are treated fairly. Frankly, I don’t think we should be making so many important decisions about speech on our own either.”

Also in the speech: Zuckerberg criticized Chinese-owned social video platform TikTok (which, incidentally, does not run political ads) for censoring mentions of protests. He also, more broadly, raised a concern that China’s government is “exporting their vision of the internet to other countries.” Separately, he drew criticism for seemingly arguing that Facebook could have prevented the Iraq War, and rewriting its origin story to make it sound a bit more noble than the reality: a website that let Harvard students rank each other by “hotness.”