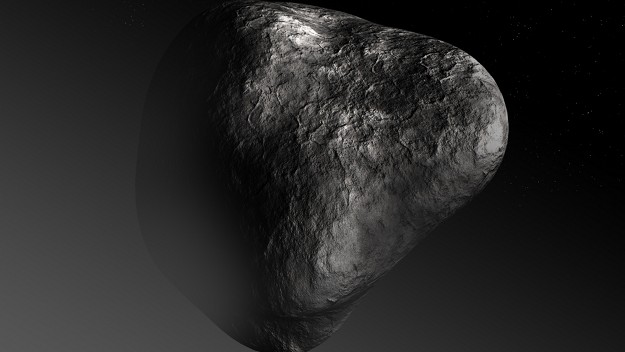 Comet 21/Borisov, the second recorded interstellar visitor to the solar system, is tumbling through space with gas molecules. While that's not surprising, it's the first time we've been able to study an interstellar object as it passes through our solar system in this way.

So what?: Since discovering it just a few weeks ago, scientists have strongly suspected 21/Borisov was, well, a comet. Previously known as gb00234 and C/2019 Q4 (Borisov), the object was flaunting a large tail that was nearly 6.2 miles long. Subsequent observations confirmed the presence of outgassing matter as well as a hazy cometary coma.

So it comes as little surprise that 21/Borisov is gassy. Astronomers using the William Herschel Telescope in the Canary Islands in Spain report detections of hydrogen cyanide molecules—toxic to humans, but a pretty common compound for comets. That gas is shaving off the comet at about 100 grams per second, which is also really common for comets this far from the sun. Through other observations of the dust and gas, the team also believes the comet is about 4.6 billion years old, and its nucleus is between 0.9 and 4.1 miles wide.

Boring or not?: One of the strangest things about 21/Borisov is how mundane it seems. Its only notable feature so far is that it’s from outside the solar system.

From another perspective, however, 21/Borisov is a sign that perhaps there isn’t a whole lot of variation between different star systems across the galaxy, and that they possess mostly the same types of building blocks.

What’s next: What is exciting about 21/Borisov is that we have many more months to study it in depth. There’s hope we might be able to determine what star system it hails from, whether it possesses rarer materials, and exactly why it’s heading in our direction. The most probable explanation is that a massive planet-like object exerted enough gravity to fling 21/Borisov out of its original system like a discarded toy. Right now, some astronomers believe the star system Kruger 60, 13 light-years away, is a plausible candidate.