Facial recognition algorithms can be deployed to hunt for dark matter 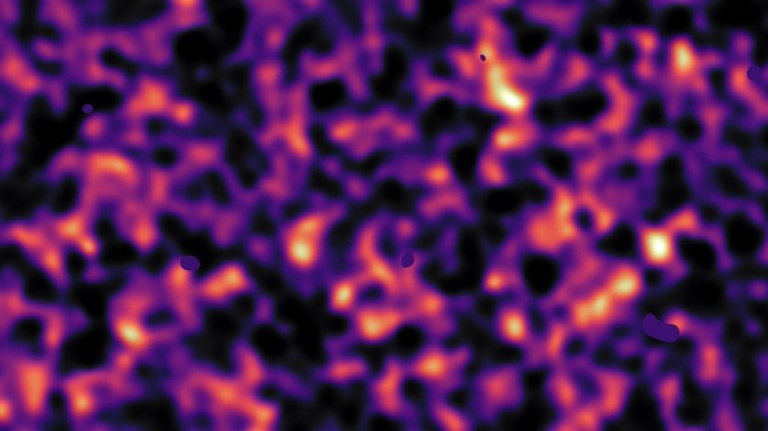 The same type of neural networks that make facial recognition tools are now being used to look for and characterize dark matter.

The dark stuff: We’ve never directly detected or measured dark matter, but we know it exists because we can see its influence on the universe. Many of the movements of different stars and galaxies cannot be explained by the gravity exerted by the matter we can see. Something else must be at play.

All matter, including dark matter, is capable of slightly bending light rays and causing “weak gravitational lensing” in the observations made by our telescopes. Scientists can use these distortions to map out the regions of the night sky where dark matter is most likely situated.

Looking for familiar faces: A team of researchers from ETH Zurich in Switzerland trained a neural network model (of the type often employed to analyze visual imagery) to look for subtle signs of weak gravitational lensing caused by dark matter. The model was trained by being fed simulated data that taught it what scientists typically look for when hunting for dark matter. The model ended up being 30% more accurate than human scientists at spotting and labeling potential signs of dark matter in images.

The machine-learning model was then used to analyze actual dark-matter maps created from the European Southern Observatory’s Kilo-Degree Survey (KiDS). Findings reported in Physical Review D this week show that the model was able to analyze the maps in finer detail than current methods, and modeled the likely location of dark matter more sharply.

The other dark mystery: Next, the team hopes to apply the model to other cosmological maps to learn more about the distribution and behavior of dark energy, a mysterious force that is driving the expansion of the universe.