If we spend $1.7 trillion on climate adaptation we could make four times that much back 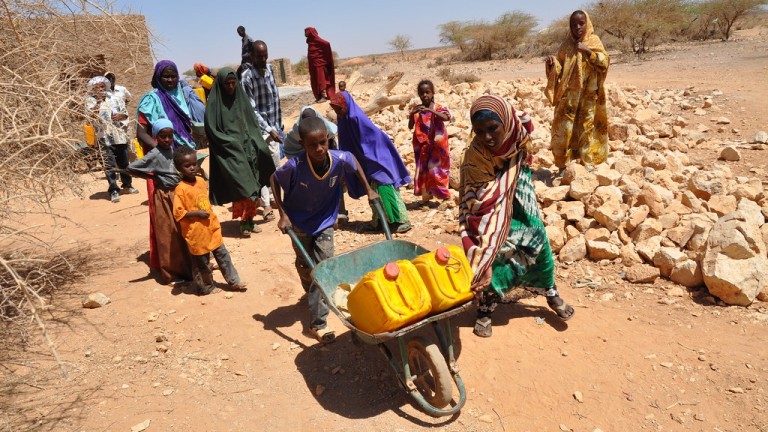 Investing $1.7 trillion over the next decade to prepare for climate change will produce more than $7 trillion in economic returns, according to a new report. It will also save many lives.

The background: Advocates for climate action have argued in the past that bolstering our defenses against global warming would ease pressure on governments and businesses to cut greenhouse gas emissions.

But the analysis from the Global Commission on Adaptation, a nongovernmental organization led by former UN Secretary-General Ban Ki-Moon, stresses that it's now too late not to do both.

Where do we start? The report highlights five areas that could provide more than $7 trillion in economic returns between 2020 and 2030, including:

— Rebuilding shorelines, roads, sewers, power systems and other infrastructure in ways that will hold up to rising temperatures, sea levels and other climate risks ($4 trillion in economic benefits).

— Building early warning systems that can help cities and citizens prepare in the face of coming storms and other events ($100 million).

So... how does spending money make money? First, the economic benefits include the losses that don’t occur when cities are better equipped to withstand extreme weather events. But there would also be positive benefits such as increased economic productivity and technological innovation, as governments and businesses make the investments to build better, modern infrastructure and tools.

Why do economic returns matter?: Climate change could kill or harm millions of people around the world in the coming years, which should be all the incentive we need to cut emissions and harden our defenses. But our meager collective response to date shows it's not.

The finding here that climate adaption could dramatically cut future costs and provide economic payoffs, may help to make the deep investments needed today at least a little more palatable – though certainly the general point has been made before.