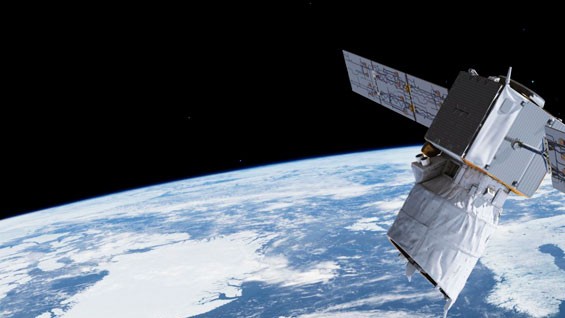 The European Space Agency had to move one of its satellites out of the way to protect it from colliding with a SpaceX Starlink satellite, the space agency announced on Twitter on September 2.

A first: ESA says it’s the first time it has had to perform a “collision avoidance maneuver” to stop one of its satellites from crashing into a “mega constellation” satellite. Specifically, it had to fire the Aeolus satellite’s thrusters in order to increase its altitude so it could pass over a SpaceX Starlink satellite.

Aeolus, a scientific satellite launched in August 2018 to improve weather forecasting, started returning data shortly after the time of the expected collision, showing it had successfully avoided the danger. ESA said it was rare that it has to dodge active satellites: most maneuvers of this sort are to avoid debris. Aeolus orbits considerably lower than the Starlink constellation, but satellite "Starlink 44" was orbiting lower to practice de-orbiting techniques, Forbes reported.

Subtle dig: It’s hard not to interpret the news as a criticism of SpaceX’s plans to launch 12,000 satellites to provide broadband internet connections. Other firms, like Telesat, OneWeb, and LeoSat, have similar plans. SpaceX started by launching 60 of the satellites in May 2019, but it plans to rapidly ramp up the numbers in the coming months.

Space debris: The ESA is far from alone in its concerns. Space debris experts warn that these sorts of “mega constellations” of satellites have the potential to cause far greater and longer-lasting problems than more eye-catching stunts like India’s anti-satellite missile test. It’s currently very rare to have to dodge active satellites, the ESA said, but we can expect to see several hundred collision warnings every week before long.

A potential solution: Today’s manual collision avoidance processes simply won’t work in an age of mega-constellations. There will be too many to keep tabs on. As a result, the ESA is preparing to automate this process using artificial-intelligence systems, which assess potential collisions and move satellites out of the way. Until those are up and running, we’re relying on human observation and intervention.

Update, Sept. 3: We amended the reason the satellite was orbiting lower on this occasion.

Read next: How to fight a war in space (and get away with it)

The Airlock, our space newsletter, is coming back really soon! Get ready by signing up for free here.