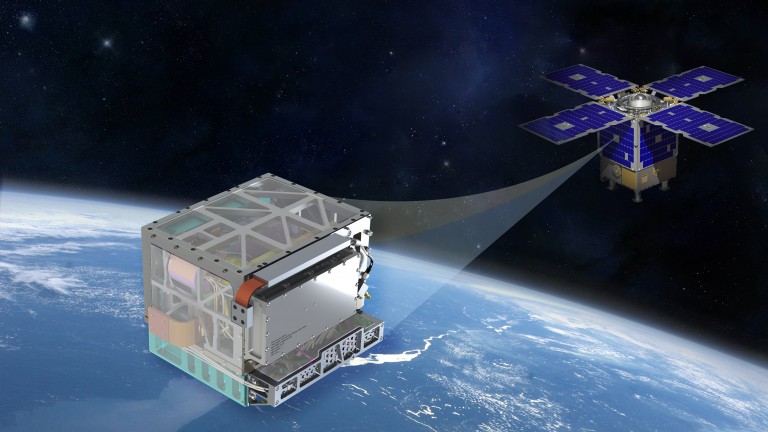 NASA has activated its Deep Space Atomic Clock currently in orbit around the Earth. The next generation tool could be critical for helping future astronauts safely navigate to Mars and beyond.

What is it: Atomic clocks are extremely valuable for accurately measuring the time it takes for a radio signal to travel between two points, which helps us measure distance. For space travel, the loss of even a fraction of a second means the difference between getting to your destination and missing it by thousands of miles.

But most atomic clocks are ill-equipped for space travel: they’re too big to send into space (think refrigerator-sized contraptions), and fluctuations in temperature and other environmental conditions can severely distort the behavior of the clock’s neutrally-charged atoms.

NASA’s Deep Space Atomic Clock, launched into orbit in June by SpaceX’s third Falcon Heavy mission, is 50 times more stable than even the more accurate navigation clocks currently in use. It should lose no more than one second every 10 million years. To boot, the clock is remarkably easy to fly into space, weighing just 39 pounds and measuring less than a foot in length.

Why is it important: If the year-long testing goes well, NASA and other spaceflight institutions will basically have a new standard for navigating spacecraft to distant worlds. The implications mean getting astronauts to Mars more safely and confidently, but also extend to future missions exploring worlds both within and outside the solar system.

The Airlock, our space newsletter, is coming back really soon! Get ready by signing up for free here.