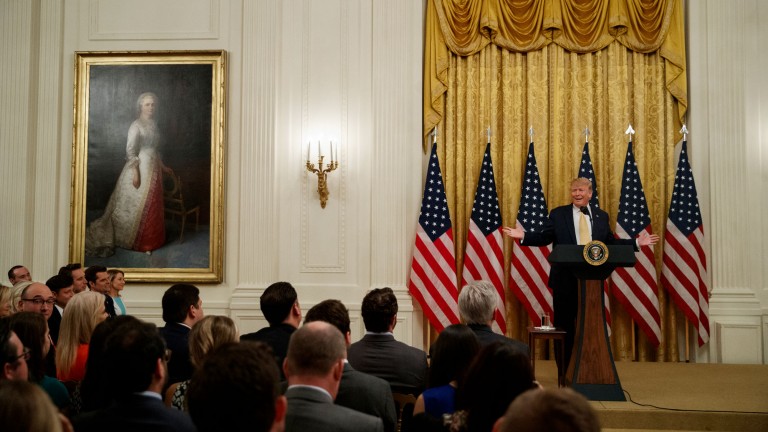 If enacted, the executive order would vastly expand the Federal Communications Commission’s responsibilities.

The news: A draft executive order would give the FCC oversight over how social-media platforms like Facebook and Twitter moderate their sites, according to CNN, which obtained a copy. Dubbed "Protecting Americans from Online Censorship,” the order calls for the FCC to develop new rules to define when the law protects tech firms’ decisions to take down content—and when it doesn’t. It also demands that the Federal Trade Commission take those new rules into account when investigating potential malpractice by companies.

The politics: This represents a major escalation in the Trump administration’s campaign against social- media firms, which he claims are biased against conservatives (despite a lack of evidence), and would be a vast expansion of the FCC’s responsibilities.

Specifically: Social-media companies have enjoyed wide-ranging legal protections for content moderation decisions under section 230 of the Communications Decency Act. This would end that, both making the companies more liable for content that users post on their platforms and forbidding social-media sites from removing content without notifying the user who posted it, for example.

A caveat: The order is still in the early stages, and could change significantly, or be completely abandoned.