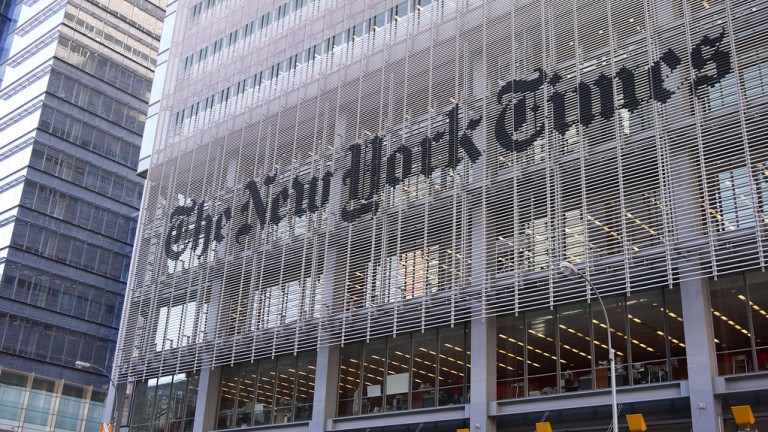 Blockchain technology is at the core of a new research project the New York Times has launched, aimed at making “the origins of journalistic content clearer to [its] audience.”

The news: The Times has launched what it calls The News Provenance Project, which will experiment with ways to combat misinformation in the news media. The first project will focus on using a blockchain—specifically a platform designed by IBM—to prove that photos are authentic.

Blockchain? Really? Rumors and speculation swirled in March, after CoinDesk reported that the New York Times was looking for someone to help it develop a “blockchain-based proof-of-concept for news publishers.” Though the newspaper removed the job posting after the article came out, apparently it was serious. In a new blog post, project lead Sasha Koren explains that by using a blockchain, “we might in theory provide audiences with a way to determine the source of a photo, or whether it had been edited after it was published.”

Unfulfilled promise: Using a blockchain to prove the authenticity of journalistic content has long been considered a potential application of the technology, but attempts to do it so far haven’t gotten much traction. If the New York Times can develop a compelling application, it has enough influence to change that.