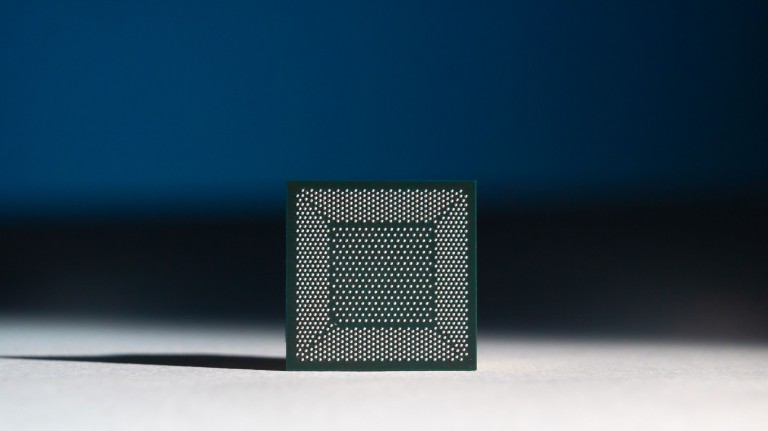 The hardware is already being used to improve the performance of things like prosthetic limbs.

The news: Intel has just unveiled Pohoiki Beach, a system that contains 64 of its Loihi AI processors. These are so-called neuromorphic chips that seek to imitate the learning ability and energy efficiency of human brains. Although the technology is still in its infancy, it’s proving popular with researchers training various kinds of AI applications.

A silicon leg up: Pohoiki Beach can perform certain data-crunching tasks up to 1,000 times faster than more general-purpose processors such as CPUs and GPUs, while using much less power.

That’s an exciting prospect for AI researchers, a group of whom are already experimenting with the new hardware platform. Among other things, they are using it to improve the way prosthetic limbs adapt to uneven ground and to create more accurate digital maps that can be used by autonomous vehicles.

The next step: Rich Uhlig, the head of Intel Labs, predicts the company will produce a system capable of simulating 100 million neurons by the end of 2019. Researchers will then be able to apply it to a whole new set of applications, such as better control of robot arms.