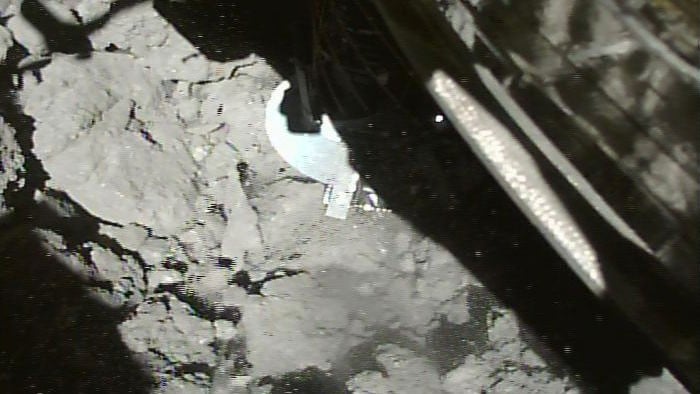 Hayabusa2 has collected a second sample from the asteroid’s surface. It could give us a unique insight into how the early solar system was formed.

The procedure: After a few hours of maneuvering, the spacecraft touched down on Ryugu’s surface at 9:15 p.m. US Eastern time yesterday. It then fired a bullet into the asteroid and collected some of the debris stirred up by the shot. The Japanese space agency JAXA tweeted that the mission had been a success and that the space probe had now left the surface again. It’s the second sampling mission after a similar one in April, and it required particularly careful preparations, because any problems could cause the materials gathered during the first operation to be lost. In April, Hayabusa2 had also fired a copper bomb into the asteroid’s surface to expose the rocks beneath, in anticipation of today’s mission.

Next steps: Hayabusa2 is scheduled to return to Earth at the end of this year, but before it does it has a final task: deploying a smaller rover called MINERVA-II2 later this summer. Its primary goal will be to explore in an environment where there is very little gravity.

Long game: Ancient asteroids like Ryugu provide clues about the formation of the early solar system (including our own planet), which is what makes the samples Hayabusa2 has collected so important. Labs on Earth will be able to start analyzing its cargo once it returns home toward the end of 2020.