Satellites have spotted the biggest seaweed bloom in the world 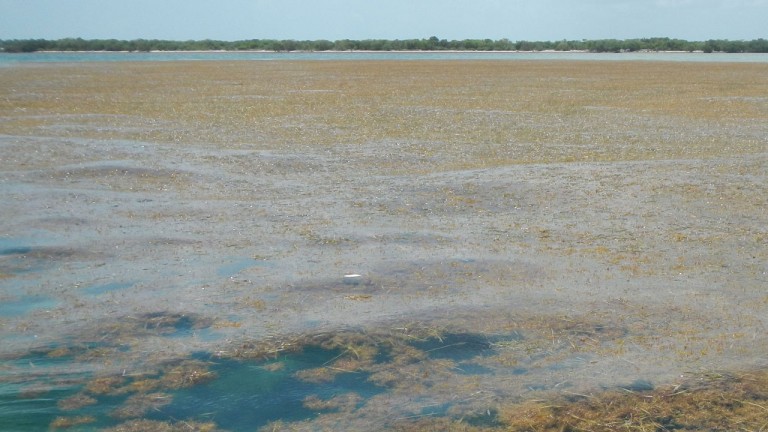 A vast, 8,850 -kilometer-wide, 20-million-ton cluster of Sargassum algae spanned the Atlantic in July 2018.

The news: There have been ever-increasing amounts of the seaweed in the ocean every summer since 2011, with the biggest ever bloom detected last year, according to a paper in Science this week. Although algae islands provide an important ecosystem for marine life, when they become too large they can smother corals and wreak havoc along the coastline. For example, it’s been a major problem for tourism-dependent areas in Mexico, where the seaweed washes up on beaches.

The research: A team at the University of South Florida used data from satellite instruments, which scan the ocean in visible and infrared light. Sargassum algae contains lots of chlorophyll-a, which stands out clearly at infrared wavelengths, in contrast to the water below.

The cause: We don’t entirely know, but the bloom is fed by nutrients, and there seem to be two major sources: discharge from the Amazon River and upwelling along West Africa’s coast (where surface waters are displaced by deeper, nutrient-rich waters, thanks to strong winds). Ultimately, these trends are caused by climate change, which affects precipitation and ocean circulation, according to coauthor Chuanmin Hu. “They are probably here to stay,” he said.