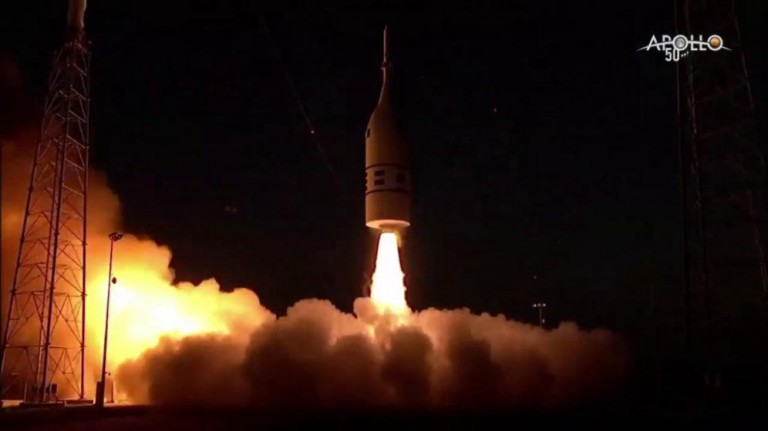 Today’s test was to see if NASA’s new deep-space crew capsule can still keep its crew safe, even when everything goes wrong.

The news: Today at 7 a.m. US Eastern time, NASA successfully tested the Orion capsule’s launch-abort system from its Cape Canaveral base in Florida.

The test did not last long. Orion’s abort motor kicked in when the capsule was about 31,000 feet above the ground, and the capsule returned to Earth just three minutes after liftoff, landing in the Atlantic Ocean. There wasn’t anyone inside the capsule during the test, but NASA wanted to see if its system could successfully carry it away from a malfunctioning rocket. It looks to have been a success, but NASA will hold a press conference later to discuss what data was acquired during the test. Check back here for more details later.

An important step: Today’s safety check is part of NASA’s Artemis program to return astronauts to the moon by 2024. It’s the last major milestone the four-seat spacecraft Orion needs to complete before its Artemis 1 mission, an uncrewed flight around the moon scheduled to take place a year from now.