NASA’s Mars rover has spotted a huge methane spike—could it be life? 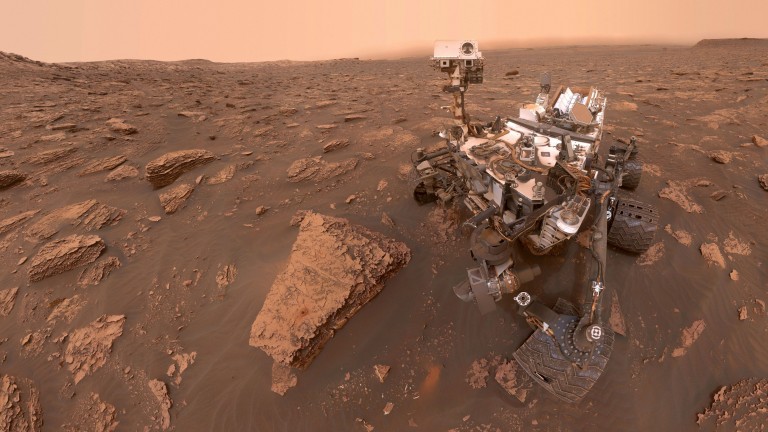 Is there life on Mars? NASA’s Curiosity rover has detected the highest level of methane gas ever found on the planet, offering the tantalizing possibility that there might be some form of life beneath its surface.

The news: Last week, the rover recorded a methane reading of 21 parts per billion at Gale Crater. It’s three times the last record, which Curiosity recorded back in 2013.

Why it’s exciting: Methane is usually produced by living things, so it could be a sign of microbial life on the Red Planet. Don’t get carried away, though; it can also come from rocks. “With our current measurements, we have no way of telling if the methane source is biology or geology, or even ancient or modern,” said Paul Mahaffy of NASA’s Goddard Spaceflight Center.

Backup: A follow-up experiment taken last night by Curiosity found that the methane reading had dropped back to the usual level, NASA said. This suggests it’s a source that comes and goes. However, in a stroke of luck, two satellites (the Mars Express and the ExoMars Trace Gas Orbiter) were observing the crater at roughly the same time the rover took the initial reading. Mars Express was the first probe to spot methane on the planet back in 2003. The new satellite data should help researchers confirm this historic reading and its source.

However, finding out more about the source—and whether it really is life, ancient or current—will require new instruments to be sent to the planet’s surface. So we’ve got a wait on our hands.