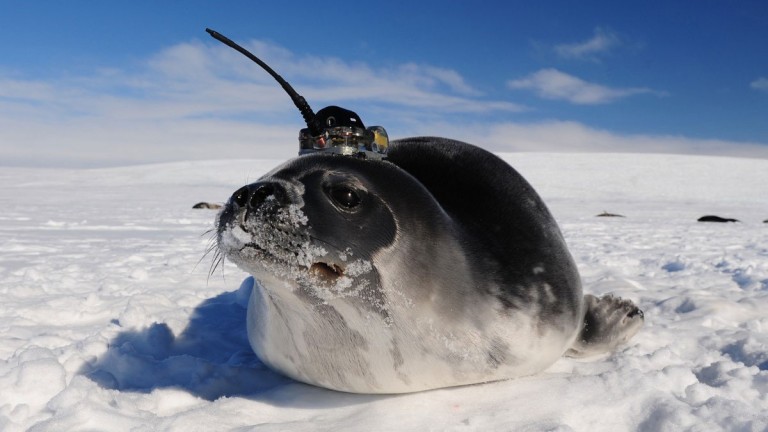 Robots, satellites, and seals fitted with head sensors have been used to work out why there’s a hole the size of South Carolina in Antarctica’s sea ice.

Some background: Back in 1976, researchers discovered that a huge hole occasionally appears in the floating ice that forms over Antarctica’s Weddell Sea every winter. Why the hole (known as a “polynya”) appears has been a mystery, until now. The phenomenon seemed to disappear, but it reappeared in 2016 and 2017, giving researchers the chance to study it.

Data collection: A team from the University of Washington collected data from three sources: satellites, floating robots, and elephant seals with temperature probes glued to their heads (don’t worry, they don’t hurt and fall off naturally after a few months). Because the seals frequently dive to extreme depths—they have been known to go as deep as 2 kilometers (6,500 feet)—it gave researchers access to areas in the ocean they had not been able to study before.

A discovery: Using this data, the team concluded that the recent polynyas were formed by a combination of intense storms, an underwater mountain, saltier water, and unusual ocean conditions. Their findings were published in a paper in Nature.