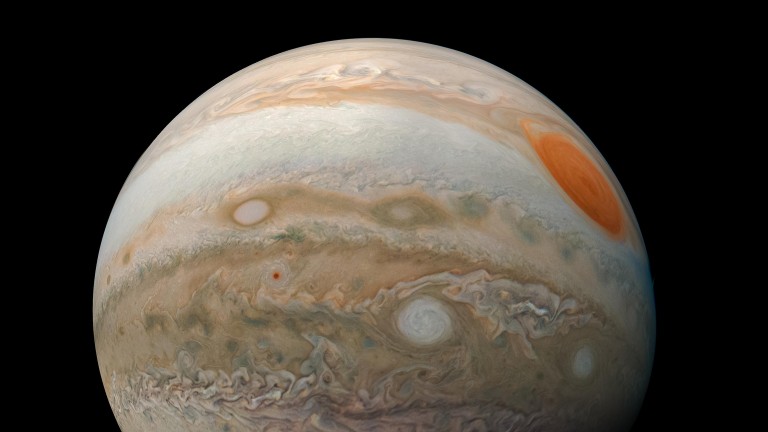 It turns out our home planet isn’t the only one with poles that can’t sit still.

Changing it up: Earth’s magnetic field is far from set in stone. The field’s consistent shifting is a phenomenon called secular variation. In fact, earlier this year it was found that Earth’s magnetic north pole was moving so quickly and unpredictably that our existing navigation models had to be updated years earlier than scheduled.

We aren’t alone: The Juno spacecraft has now discovered that Earth isn’t alone in experiencing this. In a paper published Monday in Nature Astronomy, it was revealed that Jupiter’s magnetic field also moves. The shift was found by comparing readings from the Voyager, Ulysses, and Pioneer spacecraft data between 1973 and 1992 with Juno’s recent readings taken on its own visit to the gas giant. The changes detected between the two periods were small, but scientists still saw some differences.

Why? We know that Earth’s magnetic north pole is influenced by liquid iron moving underneath our feet. But Jupiter's magnetic field, which is thousands of times stronger than Earth's, is believed to be created by a large mass of liquid metallic hydrogen inside the planet. Researchers believe Jupiter’s changes are caused by atmospheric winds that may be stretching out and moving the magnetic forces around Jupiter.