The first Marsquake has been detected 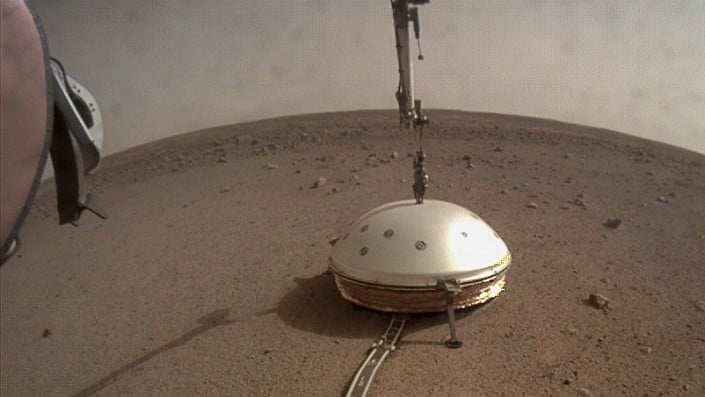 The Mars InSight lander has sensed a quake within the planet.

The news: On its 128th day on the red planet, the lander picked up the first definitive sign of shaking from within Mars. The small seismic activity that was measured was similar to the movement detected on the moon during the Apollo missions.

Some background: The InSight lander arrived on Mars in November last year with the goal of learning more about the inside of our planetary neighbor. The crucial piece of hardware, a super-sensitive seismometer made by CNES, the French space agency, has had its ear to the ground since December. The first signal of a quake was picked up on April 6.

What's next: Although small, the quake is proof that there is seismic activity, and that bigger quakes may yet be detected, which could help researchers deduce the planet’s internal structure.  A few other potential quakes have been picked up as well, but they were even weaker, and not as clear in their origins. As InSight principal investigator Bruce Banerdt said in a statement, ”We've been collecting background noise up until now, but this first event officially kicks off a new field: Martian seismology.”