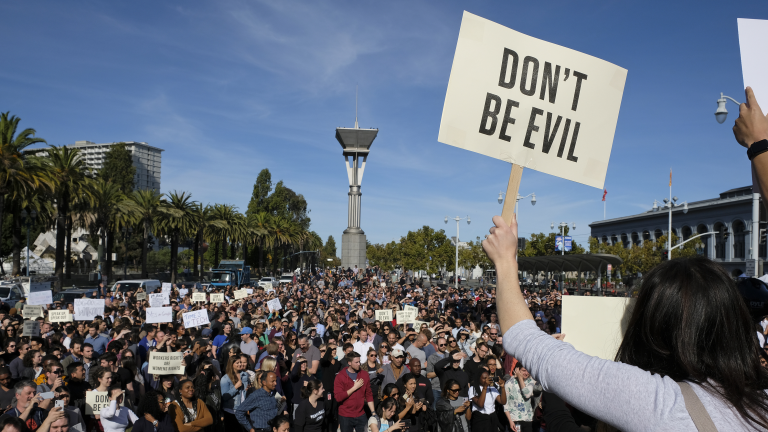 One of the leading figures in the movement to disband Google’s AI ethics board says she and other employee activists are now being punished for their activism.

In an e-mail circulated internally within Google and obtained by Wired, Meredith Whittaker, who leads Google’s Open Research and cofounded the research institute AI Now, wrote that after the ethics board’s dissolution, she was informed that her role would be “changed dramatically.” “I’m told that to remain at the company I will have to abandon my work on AI ethics and the AI Now Institute,” she said.

Since its founding, AI Now has become an influential cornerstone of research on AI ethics and social impact, releasing reports and hosting annual summits that have sparked vigorous debate within the rest of the field. “Meredith [...] has been a real pioneer & thought leader on AI ethics, especially when it comes to ML bias, diversity, & inclusion,” François Chollet, a leading deep-learning expert at Google, wrote on Twitter. “I believe that her work is critical to Google’s mission, as an AI-first company [and...] I hope that she will be able to carry on her important work.”

In a statement, a Google spokesperson denied the allegations: “Employees and teams are regularly and commonly given new assignments, or reorganized, to keep pace with evolving business needs. There has been no retaliation here.”