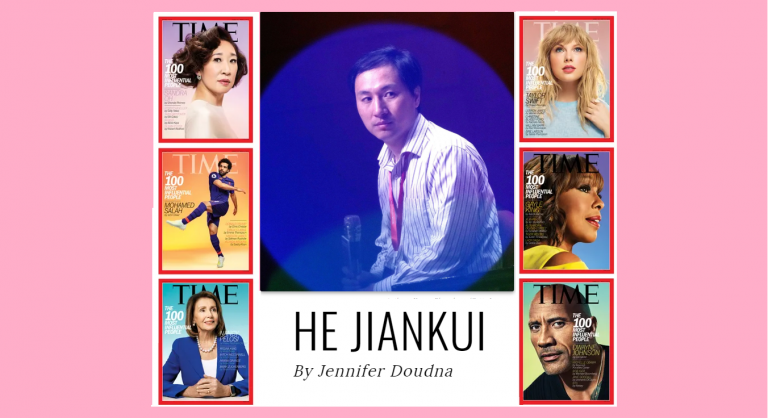 He Jiankui wanted to become famous, but probably not like this.

The editors of Time have put the creator of the first gene-edited children on its list of “100 Most Influential People” in the world for 2019. But in a twist, the magazine tapped CRISPR co-inventor Jennifer Doudna to write the profile—and, safe to say, she is no fan.

Fame seeker: In November, He revealed he had created twin girls whose genomes were modified with the gene-editing tool CRISPR. He thought he'd be science hero and even win a Nobel Prize.

“It’s deeply unfortunate that he got exactly what he wanted,” says geneticist Leonid Kruglyak of He’s inclusion on Time’s list, which features singer Ariana Grande and actor Rami Malek.

Plot twist: It’s hard to deny He’s notoriety—his experiment was splashed across the front pages for weeks. But Time threaded the needle by calling on Doudna, a biochemist at the Univeristy of California, Berkeley, who not only developed the CRISPR tool but in 2015 also launched a campaign to warn of its potential misuse in making designer babies.

Bad review: In her write-up, Doudna pulls no punches. She writes that He’s “reckless experimentation on the girls” proved “human embryos editing is relatively easy to do but incredibly difficult to do well,” and she says that He’s decision “will likely be remembered as one of the most shocking misapplications of any scientific tool in our history.”

Help?: One question in the CRISPR baby scandal is just how much US scientists encouraged or helped He. Stanford just this week cleared its own faculty for failing to blow the whistle on He after he confided his plans to them.