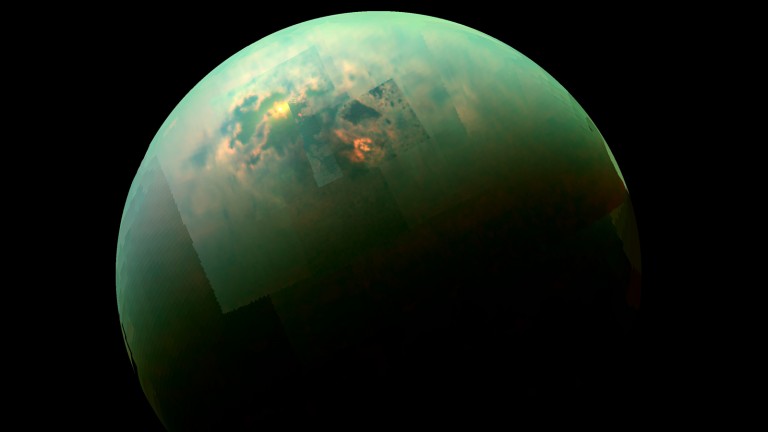 Some background: Titan is the only known body in our solar system other than Earth with a liquid on its surface. But rather than a water cycle, it has a methane and ethane cycle.

The news: Researchers used radar data collected during one of Cassini’s fly-bys in 2017. The team discovered that in addition to the known larger northern seas, the moon’s smaller lakes are also filled with methane, and at least one is more than 100 meters (~330 feet) deep. The team also found “phantom lakes” that fill and empty periodically.

Another surprise was finding that these smaller lakes are found at high elevations on top of hills and plateaus. “Every time we make discoveries on Titan, Titan becomes more and more mysterious,” said lead author Marco Mastrogiuseppe in a press release. “But these new measurements help give an answer to a few key questions. We can actually now better understand the hydrology of Titan.” The research was published in Nature Astronomy on Monday.

What it means: The odd shape and depth of the lakes are providing evidence that they may have formed when bedrock made of ice and solid organics chemically dissolved and collapsed.