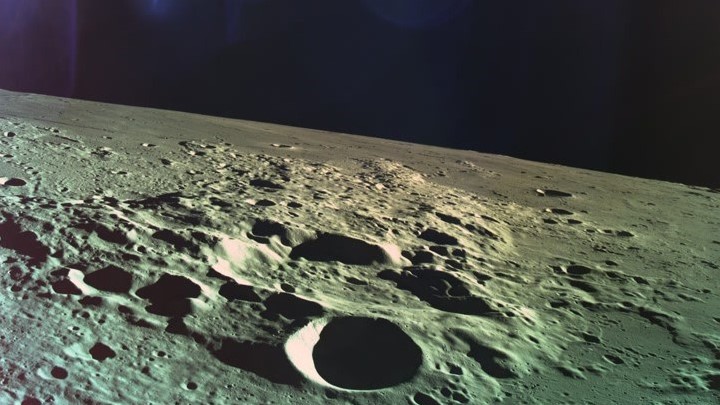 What happened: During the lander’s descent onto the moon, the main engine failed and shut down. Once it got back online, communications with Beresheet were gone, indicating a likely crash landing. “Israel made it to the moon. Beresheet’s journey hasn’t ended,” said the chairman of SpaceIL, Morris Kahn. “I expect Israel’s next generation to complete the mission for us.” The above photo is one of the last shots the craft sent back of the lunar surface.

The community response: SpaceIL was originally formed to take part in the Google Lunar X Prize competition, which ended with no winner. But the competition’s organizer, the X Prize Foundation, has said it will still award the $1 million “Moonshot Award” to the team despite the failed landing. A number of prominent members of the space community took to Twitter to offer both condolences and congratulations. Apollo astronaut Buzz Aldrin tweeted: “Never lose hope—your hard work, teamwork, and innovation is inspiring to all!”

A major accomplishment: The mission still achieved a number of milestones, despite not sticking the landing. As the head of Israel Aerospace Industry’s space division, Opher Doron, said during a live stream, Israel is now the seventh country to orbit the moon and the fourth to reach the surface. SpaceIL is also the first former Lunar X Prize team (see “Why getting back to the moon is so damn hard”) and private organization to send a craft into lunar orbit.