Google has just been hit with a $1.7 billion fine by the European Union 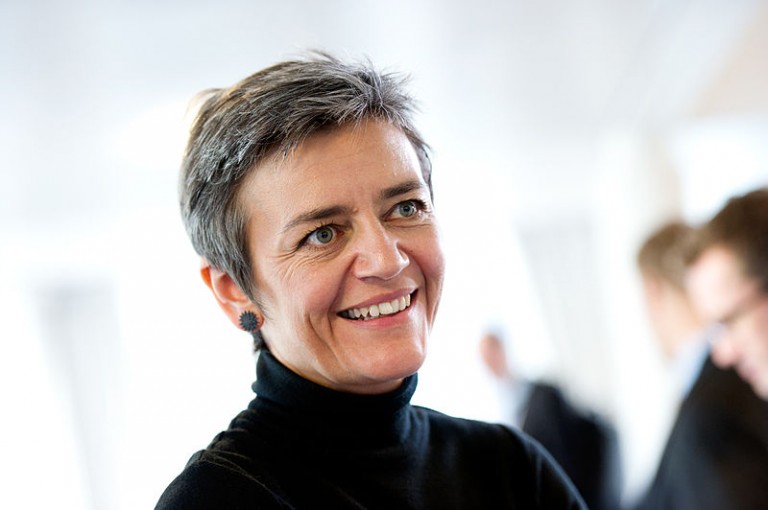 It’s being punished over restrictive contracts forced on customers using its AdSense business.

Specifically: Google is accused of abusing its dominant position by forcing customers to advertise solely through AdSense, the product that places relevant ads on websites. This “denied other companies the possibility to compete on the merits and to innovate,” EU antitrust commissioner Margrethe Vestager (pictured) said in a press conference. This misconduct went on for over a decade, she added.

Third time unlucky: This is Google’s third big fine from the EU, following a record $5 billion fine last year for abusing its market dominance in mobile, and $2.7 billion in 2017 for manipulating shopping search results. These are both being appealed. The fine for AdSense malpractices was smaller because Google worked with the EU to changes its policies after the investigation was launched in 2016.